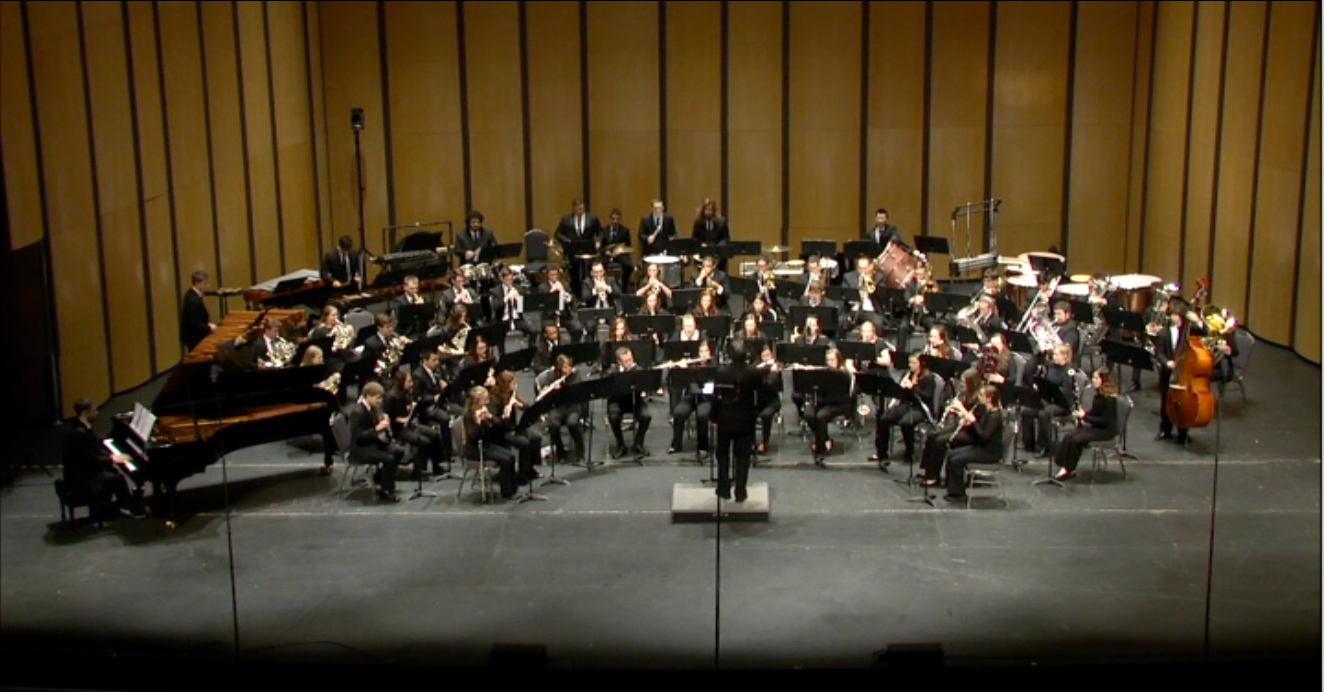 The Wind Ensemble comprises the most outstanding wind and percussion students, including music majors and non-majors. Maintaining an active performing schedule, it frequently collaborates with renown guest composers and conductors, tours annually throughout Texas, and regularly performs at conventions and similar venues. The Wind Ensemble has performed at seven TMEA conventions (most recently in 2017) and four CBDNA conferences. In 2010, the group toured internationally to Brazil for a Spring Break concert tour and campaign. Resident composers and conductors have included Carter Pann, Scott McAlister, John Mackey, Steven Bryant, David Maslanka, Fred J. Allen, John Whitwell, and Frank Ticheli. A live recording of the Wind Ensemble performing John Mackey’s Liminal can be found on the composer’s website .