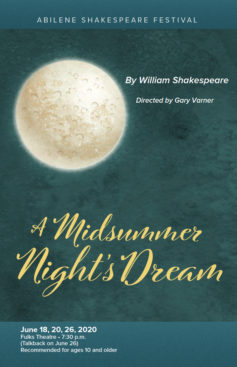 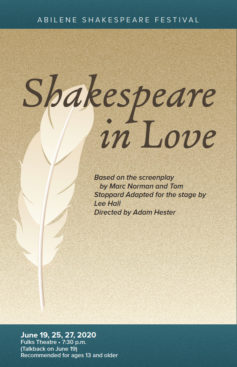 Then his No. 1 fan, Viola, appears, disguised as a boy and hoping to appear in his new play. Viola sparks the bard’s creative fires and when he and his muse fall in love, hilarity ensues: mistaken identities, competitive backbiting with another troupe of players, and the potential of suffering the Queen’s wrath. Adapted from the Oscar-winning film, Shakespeare in Love is an homage to the joys of theatre. Recommended for ages 13 and older.
Doors for all performances open at 7 p.m. Admission is free but season subscribers will be seated first. Donations at the door help support the festival. For more information, visit acu.edu/theatre.