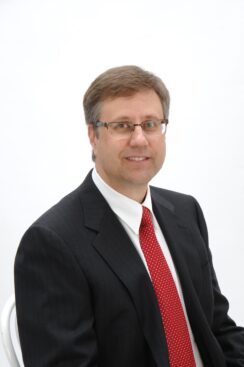 Abilene Christian University announced the hiring of Dr. Russell “Rusty” Kruzelock as its first vice president for research. He will begin work at ACU on Sept. 14.
“ACU has a history of attracting and producing leaders in academic inquiry, and our past decade of remarkable growth in research has revealed the need for an experienced leader in this area,” said Dr. Phil Schubert, president. “We are thrilled to welcome someone of his caliber. His vision and depth of experience make him ideally suited to step into this new role.”
The vice president for research role, with a joint reporting relationship to the provost and the president, will promote and facilitate scholarship and research, strengthen external funding and strategic partnerships, and enhance the research infrastructure.
“We are thrilled to have Dr. Rusty Kruzelock join us as the inaugural vice president for research – especially as we continue moving from a regional university to a national university,” said Dr. Robert Rhodes, ACU provost. “He brings more than 25 years of experience building successful and sustainable research programs in the academic, commercial and government sectors, and his commitment to building a culture that supports faculty research productivity gives me confidence that his leadership will help move ACU to the next level in research, strategic partnerships and innovation.”
Kruzelock’s track record in research and technology business development includes leading sustainable research and technology commercialization programs, university research organizations, and significant experience with a national laboratory. He said he looks forward to taking on a new challenge at ACU.
“I would like to thank president Schubert and the selection committee for entrusting me with this unique opportunity,” he said. “I am honored and excited to further build Abilene Christian’s research program that will prepare students to face new challenges, create new knowledge, and participate in ACU’s tremendous future.”
Kruzelock currently serves as CEO of NeutraEnergy, a technology-based social enterprise that commercializes social, environmental and biotechnology solutions through market-driven innovation. One of his most recent accomplishments is demonstrating the economic feasibility of growing high-value crops that restore beauty and productivity to abandoned mine lands in Central Appalachia.
Prior to his role at NeutraEnergy, Kruzelock worked with the West Virginia Regional Technology Park as executive director and CEO for six years. During his tenure, the Tech Park grew 92%, making it one of the fastest growing research parks in the nation.
In 2007, Kruzelock was recruited by the U.S. Department of Defense to help form three government think tanks evaluating technologies and recommending investment strategies for the DoD. He formed Cenovance, which met an urgent DoD need for independent and objective analysis of technologies. He also co-founded and served as chief science officer of a molecular diagnostics company in Austin, Texas.
He has served as director of the Advanced Diagnostics Research Laboratories for the Air Force Office of the Surgeon General and advanced diagnostics team leader for the Air Force Epidemic Outbreak Surveillance Program developing advanced molecular diagnostics for hundreds of diseases including avian flu, SARS and Ebola. In 2004, he headed the PharmacoGenomics Department for The University of Texas Cancer Therapy and Research Center’s Institute for Drug Development, working on predictive biomarkers for cancer drug response.