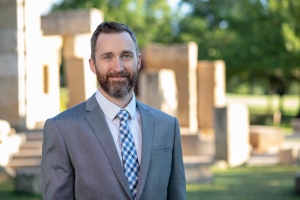 Tyson Alexander, M.MFT, LMFT (Director/Counselor) is a 2011 graduate of ACU’s AAMFT (American Association for Marriage and Family Therapy) approved Marriage and Family Therapy program, where he earned the Heart of the Therapist award. He is a Licensed Marriage and Family Therapist in the state of Texas.  He worked at Shades of Hope for five years as a family therapist before joining ACU in 2016 as the Assistant Director of the Counseling Care Center. In 2018 he was named Interim Director, and in 2019 became the Director of The Counseling Care Center. Tyson is beginning the process of attaining a PhD in Counseling Education from Texas Tech University. He met his wife Lisa in Abilene, they were married in 2002, and have three children. He is an avid reader, loves working out and playing music.

John Casada, M.D., Ph.D. serves as the psychiatrist for the Medical and Counseling Care Center. A graduate of ACU, he received his medical degree and Ph.D. in biomedical sciences from the University of Texas Health Science Center in Houston. He is board certified in General Adult Psychiatry, and has over 23 years of experience providing pharmaco and psychotherapies to adolescents and adults. He has been an academic psychiatrist at the University of Texas Health Science Center in San Antonio, where he engaged in research, general medical and psychiatric education and clinical psychiatry before joining ACU in 2008. He is passionate about providing quality psychiatric care for his patients andwas awarded the “Spencer Bayles Outstanding TSPP Member of 2019” by the Texas Society of Psychiatric Physicians.

Karen Douglas, M.S., LPC (Counselor) is a 2001 graduate of ACU’s Counseling Psychology program and  a Licensed Professional Counselor in the state of Texas. Karen joined ACU in 2014.  She employs a solution-focused and cognitive-behavioral approach and works with clients dealing with a broad range of mental health concerns, including anxiety, depression, relationships, and cultural identity. Karen has a passion for helping others recognize and live into their inherent worth and capabilities and discover hope for daily living.  Karen enjoys reading, crosswords, and Zumba. 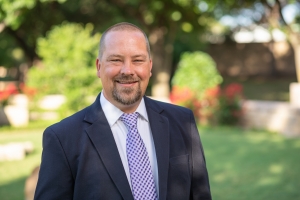 Steve Eller, M.MFT, LPC-S (Counselor) is a 2008 graduate of ACU’s AAMFT approved Marriage and Family Therapy program.  He is a Licensed Professional Counselor and Supervisor in the state of Texas. In addition, he is an Eagala certified Equine Assisted Counselor and leads the equine assisted counseling and learning services to offer experiential sessions at the ACU Rhoden Farm.  He is also trained in Accelerated Resolution Therapy, a trauma recovery model. Steve rejoined ACU in 2019 after working in the Abilene area and at Dyess AFB as a Military & Family Life Counselor for four years. His special interests include grief and loss, living with chronic illness, trauma recovery, and relationships. Steve met his wife Jennifer at ACU, married in 1996, and they have three children. He enjoys playing guitar, being with his family, and is currently restoring a 1948 Willy’s Jeep. 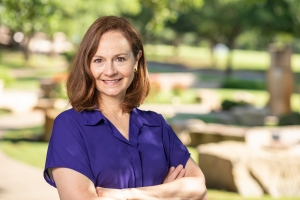 Cara Flanders, M.MFT, LPC-S, LMFT-S (Assistant Director/Counselor) is a 1992 graduate of ACU’s AAMFT approved Marriage and Family Therapy program.  She is a Clinical Fellow of the AAMFT, an AAMFT-approved supervisor, and both a Licensed Professional Counselor and Supervisor, as well as a Licensed Marriage and Family Therapist and Supervisor in the state of Texas. Cara joined ACU in 2006 and additionally serves as an adjunct faculty member for the Department of Marriage and Family Studies. She was named Assistant Director of the Counseling Care Center in 2019. She specializes in family and relationship issues, depression, anxiety, eating disorders, cross-cultural adjustment, and missionary care. Cara met her husband Chris at ACU, married in 1993, and they have two children.  She enjoys being out in nature, listening to music with her husband, and playing with her cats.

Michael Pounds, Ph.D., LMFT (Counselor) is a 2016 graduate of Texas Tech’s AAMFT approved Marriage and Family Therapy program and  is a Licensed Marriage and Family Therapist in the state of Texas. Michael joined ACU in 2019.  He worked previously as a therapist for six years in the Counseling Center at TTUHSC in Lubbock, Texas. Additionally, Michael serves as an adjunct professor for the Department of Marriage and Family Studies. He met his wife Joanna at Texas Tech University while pursuing his masters degree, married in 2014, and enjoys spending time with his wife and their fur babies (cats and dogs). In addition, he enjoys gaming with friends online and learning new skills (most recently, cooking on his new outdoor grill). 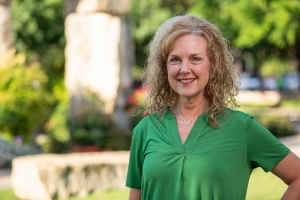