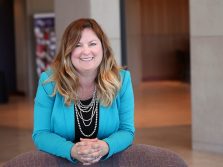 A new analysis of popular song lyrics from 1960-2008 reveals that men sing about both romantic love and sex more often than women. However, female artists sing about romantic love in a higher percentage of their songs. The difference is due to gender disparity in the number of songs, with male singers performing a considerably higher number of popular songs than female performers during that time period.
The research, conducted by Jennifer W. Shewmaker, Ph.D., psychology professor at Abilene Christian University; Andrew P. Smiler, Ph.D., psychotherapist in Winston-Salem, N.C.; and Brittany Hearon, M.A., examined sexual stereotypes in popular music lyrics across five decades. The article is being published online-ahead-of-print in the journal Sexuality & Culture. (Article title: From ‘‘I Want To Hold Your Hand’’ to ‘‘Promiscuous’’: Sexual Stereotypes in Popular Music Lyrics, 1960–2008).
According to the researchers, women are expected to focus on love and romantic relationships and have sexually objectified bodies, while men are expected to focus on sexual behavior. The researchers media content analysis of 1,250 popular songs showed that gender-based differences in sexuality are indeed common and consistent with gender stereotypes.
Among the key findings:
– 71% of all songs referenced a dating relationship, including more than half of all songs in every decade
– 57% of all songs used the word love, most frequently as a romantic term. This includes more than half of all songs in every decade except the 2000s (at 49%).
– 22% of all songs included a sexual reference, typically via metaphor (11% of all songs)
– 14% of all songs included sexually objectifying lyrics, with female bodies being objectified more often than male bodies (13% vs. 4%)
– Of the 1,250 songs, 827 were performed by men, 328 by women and 95 by co-ed groups
– More than half of all songs from the rock, R&B and “other” genres addressed dating and love; more than half of all songs from rap genre addressed sex and objectified bodies (and female bodies were objectified more than male bodies)
– Among female performers, the proportion of songs referencing dating stayed relatively constant across five decades, 78-83%
– Among male performers, the proportion of songs referencing dating dropped over time, starting at 69% in the 1960s and falling to 59% in the 2000s, despite an increase to 78% during the 1980s power ballad era.
– Among female performers, the proportion of songs referencing sex was at 6% in the 1960s, then jumped to 16-21% from 1970-2000.
– Among male performers, the proportion of songs referencing sex jumped from 7% in the 1960s to 20-29% through the 70s, 80s, & 90s, then jumped to 40% in the 2000s.
About the study:
Analysis relied on the Billboard year-end Top 100 songs of the year for 1960 through 2008. The top 50 songs from every even numbered year (e.g., 1960, 1962, 1964, etc.) were analyzed, providing a sample of 250 songs per decade and 1,250 songs total. We believe this is the most exhaustive analysis of popular music lyrics conducted to date.
Lyrics were found online, primarily from lyrics.com (as well as other sources, including artists’ websites; these were cross-verified).
Artist information, including genre, was found at allmusic.com, which categorizes artists based on aspects of their musical composition, lists the full range of genres that an artist may be categorized in, and provides these in order of a performer’s most common genre (unlike many commercial sources). A total of 895 unique primary artists performed these 1,250 songs. More than half of songs in the analysis were from the rock/pop genre, although its dominance decreased over time (particularly after 1990).
Racial and gender disparities were evident across genres. Whites were most numerous (57.6% of all artists), followed by blacks (34.4% of all artists), followed by multi-ethnic groups & individuals (6.1%); no other racial/ethnic group accounted for more than 2% of performers. Whites dominated the rock (91.8%) and other (66.4%) genres, while blacks dominated the R&B (82.8%) and rap (83.9%) genres. Males outnumbered females in all genres, although at different rates. R&B (52.0%) had the lowest discrepancy while rap had the greatest gender imbalance (93.2% of performers) (rock: 77.8%, other: 70.9%).
A group of 10 undergraduate students, as well as one doctoral faculty member, coded each song for the presence or absence of a dating/romantic relationship, the word love and its usage (e.g., romantic, sexual [“make love”], or other), orgasmic sexual activity (e.g., intercourse, masturbation), the explicitness of sexual references (e.g., “make love,” metaphoric, explicit), and objectification of women or men (separately). All songs were scored by two members of the coding team, working separately. All of the categories in this analysis had a minimum agreement rate of 80%. Coding discrepancies were reconciled in 2- to 3-person teams that needed to reach unanimous agreement on the final coding.
About the Authors:
Andrew P. Smiler, Ph.D., is a psychotherapist and author residing in Winston-Salem, N.C. His most recent book is theaward-winning Dating and Sex: A Guide for the 21st Century Teen Boy. Dr. Smiler also serves as the board president ofMale Survivor: National Organization Against Male Sexual Victimization (aka MaleSurvivor.org). He may be contacted atandrew.smiler@gmail.com or 336-245-8161.
Jennifer W. Shewmaker, Ph.D., is a professor of psychology and executive director of the Adams Center for Teaching and Learning at Abilene Christian University. She is the author of the book Sexualized Media Messages and Our Children: Teaching Kids to be Smart Critics and Consumers and a nationally certified school psychologist who has worked with hundreds of families, children, teachers and community organizations in her career. She shares insights and information at www.jennifershewmaker.com. You can reach Dr. Shewmaker at jennifer.w.shewmaker@gmail.com.
Brittany Hearon, M.A., will receive her Ph.D. in school psychology from the University of South Florida in August 2017. She is not available for comment.