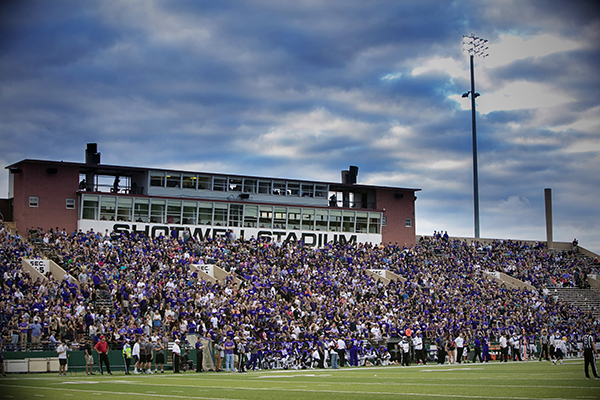 EDITOR’S NOTE: This Saturday at 6 p.m., Abilene Christian University will play its last home football game at Shotwell Stadium. The historic venue will carry on as the place where Abilene and Abilene Cooper high schools play, but next fall ACU moves into new Wildcat Stadium for its first season of on-campus football in more than 50 years.

For a son of Abilene, P.E. Shotwell Stadium has always held a special place in my heart.
It was never the best. It was never the biggest. It certainly didn’t boast many of the most modern amenities. But it was our stadium. It’s where we went on Friday nights to watch the Eagles or Cougars and then on Saturday to watch the Wildcats.
I don’t remember the first time I saw a game in the stadium, but I remember a lot of the games I watched in the 57-year-old venue.
I remember as a boy of 7 years old being in the stadium on Oct. 16, 1976, when Ove Johansson kicked a world-record 69-yard field goal and Wilbert Montgomery broke college football’s all-time rushing touchdown record with the 67th score of his remarkable ACU career. Of course, instead of watching the game, I was undoubtedly playing one of the many games of “touch football” being contested on one of the berms on the north or south end of the stadium.