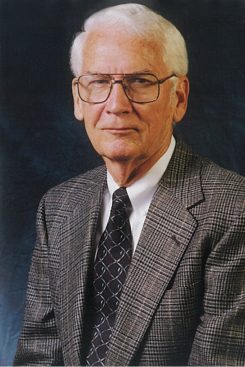 Former Abilene Christian University art and design department chair Dr. William Brent Green, 86, died in Abilene on Oct. 22, 2016, following a long illness.
A memorial service will be held at University Church of Christ (733 E.N. 16th, Abilene, Texas 79601) on Saturday, Oct. 29 at 1:30 p.m. Visitation is Friday from 5-7 p.m. at Piersall Benton Funeral Directors (733 Butternut St., Abilene, Texas 79602).
Born Dec. 4, 1929, in Dawson, Texas, he grew up in Wooster, northwest of Houston. Green attended Robert E. Lee High School in Baytown, and earned an A.A. from Lee College in 1949, a B.F.A. in art from The University of Texas at Austin in 1953, an M.F.A. in painting from the University of Oklahoma in 1962 and a doctorate in art education from The Ohio State University in 1973. He also did graduate work at the University of Houston.
As an 18-year-old undergraduate student, he was hired by Humble Oil and Refining as the company’s first assistant draftsman. At UT-Austin, he studied under the renowned Texas painter Boyer Gonzales Jr., sculptor Charles Umlauf and muralist Seymore Fogel. 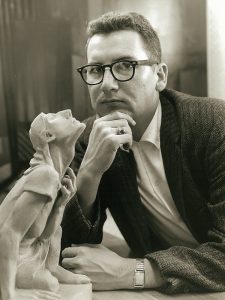 He graduated from junior high, high school and Lee College with Ina Lynch (’63). They married May 29, 1949, and later taught together at ACU for years before retiring together in 1998; she as professor emerita of psychology and he as professor emeritus of art and design.
He was stationed at Fort Bliss in El Paso while serving in the U.S. Army from 1953-55. Afterward, he worked in Houston as a draftsman for Tidelands Exploration Company.
Brent joined the ACU faculty as an instructor in 1958, becoming an associate professor in 1969, a professor in 1978 and chair of the Department of Art and Design in 1980. He was director of ACU’s Shore Art Gallery and taught classes in painting, drawing, ceramics, art theory and art education.
In Abilene he was an elder at University Church of Christ for 18 years and a deacon at Hillcrest Church of Christ, and the Fishinger and Kenny Church of Christ in Columbus, Ohio. He taught Bible classes, made numerous mission trips to Poland and participated in the Zambia Medical Mission. 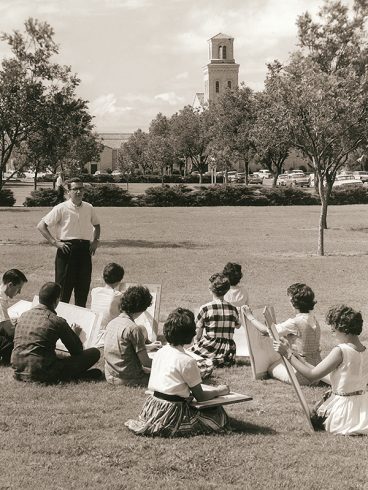 He held memberships in the American Society for Aesthetics and Art Criticism, College Art Association, National Art Education Association, Texas Art Education Association. He also was a member of the Board of Directors and the Advisory Board of the Texas Fine Arts Association.
His paintings are displayed in ACU’s Brown Library, Westex Drilling in Abilene and Texas Instruments in Dallas. In 1981 he was commissioned by the Abilene chapter of the American Association of University Women to create a mural commemorating the Abilene centennial; it remains on display at the Abilene Civic Center.
He was preceded in death by his parents, William Cazzle Green and Georgia Elizabeth (Bogle) Green, and a brother, Billy Earl Green.
Among survivors are Dr. Ina Green, his wife of 67 years; a son, Bill Green (’77); and a daughter, Heather (Green ’80) Wooten; four grandchildren; and sister, Mary Beth (Green) Woods.