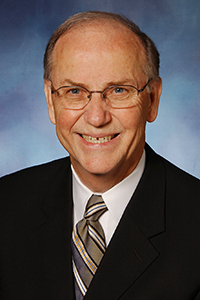 Dr. Bruce Max Evans (’59), veteran former administrator at Abilene Christian University and The ACU Foundation, died Aug. 25, 2016, in Fort Worth, Texas, at the age of 79.
A memorial service will be held Saturday, Aug. 27 at 1 p.m. at Southern Hills Church of Christ (3666 Buffalo Gap Road, Abilene, Texas 79605), with visitation immediately following.
Evans was born July 13, 1937, in Snyder, Texas, graduating from high school there in 1955. He married Jane Ann Rogers (’60) on July 13, 1957. They made their first home in Abilene while he finished his B.S.Ed. and M.Ed. (1960) degrees from ACU, both in music education. He earned an Ed.D. from Texas Tech University in 1968.
He dedicated his life to ministry and higher education.
Evans was a preacher, performing a large number of weddings and funerals, and serving as an elder at Taylor Street Church of Christ in Hobbs, N.M.; Stamford Church of Christ in Stamford, Conn.; and the Highland Church of Christ in Abilene, where he and Jane worshipped for 31 years until their move in retirement to Granbury.
A music teacher at heart and by training, he became a beloved and respected professor and administrator at three universities. 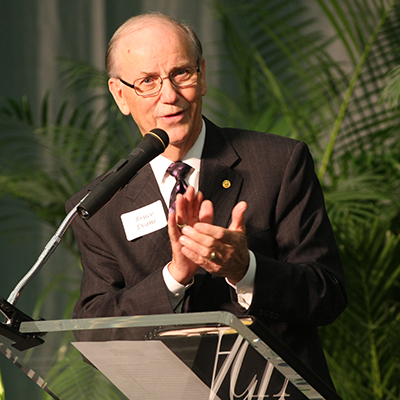 Between band director roles in two Texas public schools – Rotan ISD (1960-61) and Post ISD (1962-66) – Evans was instructor of music and assistant band director at ACU from 1961-62. He was assistant professor of education at The University of Texas at El Paso (1968-70) before becoming the founding teacher education program chair at Lubbock Christian University (1970-72). He oversaw LCU’s senior college accreditation as vice president for planning and institutional studies (1971-72) before becoming provost and executive vice president (1972-75).
From 1975-84, Evans was president of University of the Southwest in Hobbs, N.M. In 1979, he received ACU’s Grover C. Morlan Medal for outstanding leadership in education.
Evans was ACU’s vice president for university advancement (1984-85) and dean of the Graduate School (1985-88) before becoming president of The Foundation for Economic Education in Irvington, N.Y. (1988-92), and executive director/president of Abilene’s Herald of Truth Ministries (1992-2000). He returned to his alma mater in 2000 as executive director and executive vice president of The ACU Foundation, and retired in 2012.
“Bruce was the consummate advancement officer whose gentle manner and caring spirit quickly won over people’s confidence,” said ACU chancellor Dr. Royce Money (’64). “Everyone knew Bruce was a true Christian servant who modeled integrity and Christ-likeness in all he did. Bruce and Jane have left their legacy mark on ACU, and we all are blessed immeasurably by having known him.”
Evans was a loyal and thoughtful administrator who earned trust by knowing what was best for the university and those who served it. 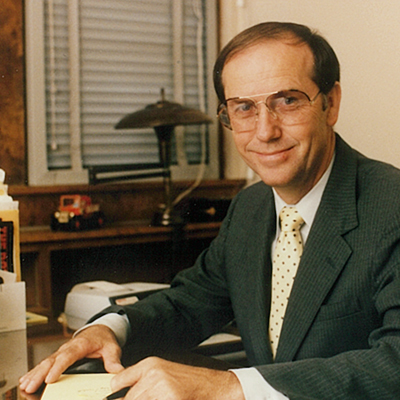 “At a time when there were little means for staff to acquire advanced degrees, he changed the trajectory of my career by supporting me while I did doctoral study,” said Dr. Cheryl Mann Bacon (’77), professor and chair of ACU’s Department of Journalism and Mass Communication. “He made it possible for me to gain administrative experience that eventually led to a faculty role. He was a born teacher and learner, and I’ll be forever grateful for his kind guidance and mentoring.”
He became a Certified Financial planner in 1994 and helped Dan T. Garrett (’73) direct The ACU Foundation’s work in estate planning with donors. Evans was an organizer of the Abilene chapter of the National Society for Fund Raising Executives and a member of the National Committee on Planned Giving.
“Bruce Evans was a man of God, a wise counselor, gifted writer and faithful friend. He was a great team player who rose to the top of every endeavor in his life,” said Garrett, ACU’s vice chancellor and president of The ACU Foundation. “His humility, sincerity and trustworthiness were second to none. I am a better man because of his influence.”
Evans was a founding board member of Disability Resources in Abilene, and a trustee of FaithWorks of Abilene, Austin Graduate School of Theology and World Christian Broadcasting. He also was a board member or president of local chapters of the United Way, Junior Achievement and Rotary Club; and a leader in other civic and educational organizations.
He was preceded in death by his parents, Bruce and Annie Evans, and a sister, Mary Ann.
Among survivors are Jane, his wife of 59 years; a daughter, Melanie (Evans ’82) Bullock; a son, Jay Bruce Evans (’86); five grandchildren; and three great-grandchildren.
Memorial gifts may be made to World Christian Broadcasting, Austin Graduate School of Theology, Abilene Christian University (online or mailed to Gift Records, ACU Box 29132, Abilene, Texas 79699-9132), FaithWorks of Abilene, or the ministry of your choice.