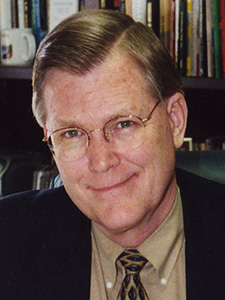 E. Randall Becton (’71 M.S.), author, minister and founder of the Caring Cancer Ministry, died July 23, 2016, at his home in Abilene, concluding more than four decades of ministry to fellow cancer patients. He was 71.
Visitation is Friday, July 29, from 6-8 p.m. at Elliott-Hamil Funeral Home (542 Hickory, Abilene, Texas 79601). Services celebrating his life are planned Saturday, July 30, at 10 a.m. at University Church of Christ in Abilene with burial immediately afterward at the Dudley (Texas) Cemetery (F.M. 1178 off Highway 36).
Becton was born Sept. 17, 1944, in Nashville, Tenn. He grew up in Nashville and attended Lipscomb Academy where he was a basketball standout and pitched on the baseball team, beginning a lifelong love for baseball that included an extensive baseball card collection he shared generously with young players. He married Camilla Greer on Aug. 22, 1966.
After graduating from Lipscomb University in 1966 with a bachelor’s degree in Bible, he began graduate studies at the Harding School of Theology but followed his major professor, Dr. George Gurganus, to Abilene Christian University where he earned his master’s degree in missions in 1971.
In 1969, he began a career with Herald of Truth, serving in numerous roles including executive director from 1991 until his retirement in 2006, though he continued to serve as minister-at-large. Under his leadership at Herald of Truth, the international radio and television ministry expanded to include multiple programs. He was instrumental in creation of the annual Saving the American Family Conference; as editor of UpReach magazine and as speaker for Caring Touch Radio; and numerous television specials. He was the author of 15 books.
In 1973, just months after the birth of his and Camilla’s third child, Becton was diagnosed with leucytic lymphoma, beginning a journey of treatment, remissions, surgeries, complications and side-effects spanning more than 40 years, defying his doctors’ predictions. The experience inspired the Bectons in 1978 to begin the Caring Cancer Ministry, an outreach of comfort and encouragement for patients and their families; publishing books and pamphlets for patients, caregivers and ministers; and personally corresponding with hundreds of individuals battling cancer.
For 16 years, Becton served as an elder at Highland Church of Christ, which honored him in 1994 for 25 years of service to many ministries. For the past several years he has been a member of University Church of Christ.
He was preceded in death by his parents, Harold and Myrna Becton; a brother, Harold Becton; and a son, Mark Becton.
Among survivors are his wife, Camilla (’67); daughters Stacia (Becton ’91) Looney, Shana Becton (’95) and Shara (Becton ’05) Wilson; eight grandchildren; two sisters, Myrna Williams and Lynda Kinney.