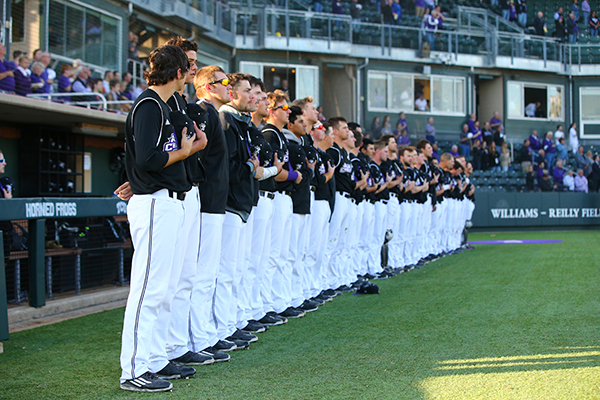 A look at the 2016 field for the upcoming men’s NCAA Division I College World Series leaves Wildcat baseball fans with one conclusion: it looks a lot like Abilene Christian University’s schedule this season.
Half of the eight-team field to begin play later this week in Omaha, Neb. – Oklahoma State University (41-20), TCU (47-16), Texas Tech University (47-18) and the University of Arizona (44-21) – were ACU opponents this spring.
Another four in the 64-team regionals field – Texas A&M University (48-15), Dallas Baptist University (41-18), Southeastern Louisiana University (39-20) and Sam Houston State University (41-21) – also were 2016 ACU opponents. SELU and SHSU are members with Abilene Christian of the Southland Conference.
The bottom line: Division I baseball in the Southwest will always be a Land of the Giants.
“Playing schools like these has made us better and will help us get better in the future,” said head coach Britt Bonneau, whose ACU teams have won more than 700 games in 20 seasons, including a March 29 upset of Dallas Baptist. “With one more year to go on our Division I transition and no opportunity for postseason play until then, we are committed to facing the top Division I teams whenever we can.”
The Wildcats (16-27 in 2016) had narrow losses this spring to TCU, Texas Tech and Sam Houston State.
ACU opens the 2017 season by hosting a four-game series with Big Ten Conference power Michigan State University, and the Wildcats will make road trips to Kansas State University of the Big 12 Conference and Oregon State University of the Pac 12 Conference.
Other non-conference games again are scheduled with TCU, Texas Tech, Texas A&M and Dallas Baptist. All but the Aggies will be in Abilene to play ACU at Crutcher Scott Field during the season.
“Our teams and young players grow when they face the best competition,” Bonneau said.  “We have to schedule at a high level. It will make us better in the long run and also really helps us with recruiting.” 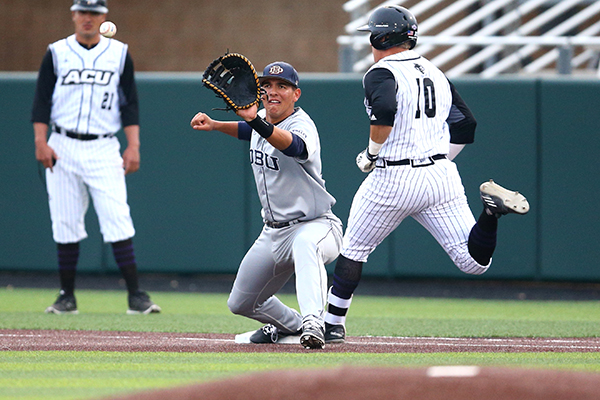