Assigning writers and photographers/artists to ACU Today feature stories can be a bit of a Match Game at times, although not exactly like the long-running (1962-82) and often rollicking TV panel game show from years gone by.


Pairing Grant Boone (’91) and Bobby Gombert (’93) on “Flock Management” – a look at ElderLink’s first 15 years as an influential Abilene Christian University outreach to churches and church leaders – felt like the right thing to do, and we think you’ll agree.
Boone’s father, Nick, was the longtime song leader at suburban Nashville’s Madison (Tenn.) Church of Christ, for years the largest congregation of its heritage in the world. These days, Grant is the TV/radio Voice of the Wildcats and a broadcaster for CBS Sports, and a fine writer for our magazine’s print and online issues as his busy schedule allows.
He grew up in a home with strong ties to churches and their leadership as far back as the 1800s. His great-grandfather was former ACU and longtime Lipscomb University Bible professor Charles R. Brewer, whose brother was G.C. Brewer, another legendary Church of Christ evangelist.
Grant’s uncle (Nick’s big brother) is legendary pop music star Pat Boone, by the way. 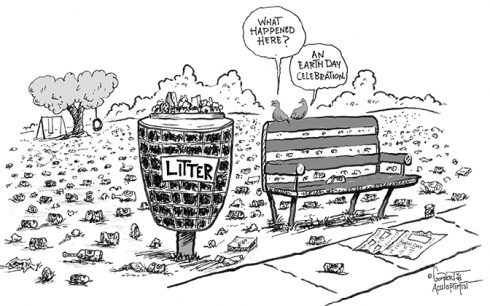 Gombert’s early skills as an illustrator were honed while serving as an editorial cartoonist for The Optimist, ACU’s student newspaper. Today he is a successful artist in Bulverde, Texas, a small city north of San Antonio.
His playful illustration of a shepherd tending his all-over-the-pasture flock of sheep is a fitting metaphor for the challenging work today’s church elders have in watching over and leading their serious-minded but easily distracted congregations.
ElderLink is one of several valuable resources offered by ACU’s Siburt Institute for Church Ministry, named for the late Dr. Charles Siburt Jr. (’68), who for many years was his alma mater’s vice president for church relations.

Siburt “could make you feel like you were the best minister God ever created,” recalled Granbury (Texas) Church of Christ peaching minister Dr. John Knox (D.Min. ’03). “Yet at the same time [he] had no tolerance for self-pity. Charlie could tell church leaders things about themselves that were very painful to hear. I quietly cringed more than once during meetings with Charlie and my leaders. But in response, those leaders would thank him and ask when he could come back. They intuitively sensed he had the health of the church in mind.”

ElderLink’s ministry of equipping and encouraging church leaders has been conducted in 10 cities through the years, from Texas, to Georgia to Oregon, even in Brazil. It will be held for the first time in Indianapolis, Ind., on April 23.
Read “Flock Management” by clicking on the viewer above.