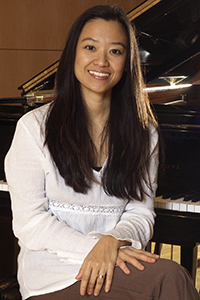 She was born April 2, 1970, in Penang, Malaysia, and at age 14 became the first Malaysian to attend the prestigious Yehudi Menuhin School of Music in England. As a piano, violin and flute prodigy, she received the prestigious Martin Musical Scholarship from the Philharmonia Orchestra in London.

She married Brent Bjorem (’94) on Feb. 26, 1996. After earning a bachelor’s degree in music performance from ACU, she received a master’s in music performance in 1996 from Hardin-Simmons University and a doctorate in piano performance and pedagogy in 2005 from the University of Oregon. She performed recitals and taught master classes around the world, and served on the music faculty of four colleges and universities.

Among survivors are Brent, her husband of 19 years; a daughter, Kiana; her parents, Chew Soon and Chew Sew Kung; and brothers Paulson Kung and Jason Kung.