Home/ ACU News/ Sports/ Home and Away: Collums returns to Conway
Main Content
Features Academic News Alumni News Campus News ACU Online All Categories
10 Questions Academic News ACU 101 ACU Missions ACU News ACU Online ACU Remembers ACU Theatre ACU Today Magazine Alumni News Campus News College Send-Off Faculty Spotlights Features For the Least of These Graduate Programs Research Series Sing Song Sports Student Experience Student Spotlights Student Success U.S. News & World Report Uncategorized Undergraduate Programs Why ACU?
When Abilene Christian University rejoined the Southland Conference and the prospect of the football team eventually visiting University of Central Arkansas became apparent, Ken Collums figured he’d be on the sideline. The real question was, “Which one?”
In December 2013, Collums had just led ACU to a 6-5 record in his second season as head coach, having served the previous seven as the team’s offensive coordinator under his brother-in-law, Chris Thomsen (’00 M.Ed.). The record, itself, wasn’t so much to write home about until you consider it had been the Wildcats’ first year in NCAA Division I. It proved ACU could compete at a higher level. With rumblings that an on-campus stadium was imminent and high-profile opponents like Fresno State University and Air Force Academy were added to following seasons’ schedules, Collums had reason to be confident. 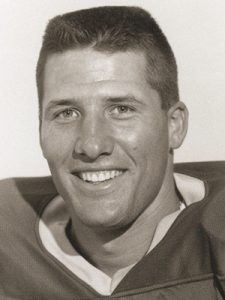 That’s when mama called.
UCA, Collums’ alma mater, was in the market for a head coach after Clint Conque bolted for Southland rival Stephen F. Austin State University; and director of athletics Brad Teague wanted to see if one of the program’s favorite sons was interested in coming home to take over.
“It was a full-blown interview,” Collums says. He wasn’t looking to leave ACU but UCA wasn’t just any offer. “That’s where I spent 12 years of my life.”
Collums had arrived on the Conway, Ark., campus from Vernon, Texas, as a freshman quarterback in 1991. He became the starter six games into the season because of an injury to the first-string signal caller. All he did was lead the Bears to the NAIA national championship, capped by a snow-blown 19-16 victory over Central State (Ohio) University in the title game. He went 32-14-1 in his four years in Conway, during which time he met the woman he’d marry, Robyn – a native Arkansan – and after which he became a graduate assistant and then assistant coach for UCA.
As Collums was beginning his coaching career in Conway, Thomsen was on a similar track at ACU. Having married Collums’ sister, LeAnn – UCA’s Homecoming queen during that 1991 championship season – the Thomsens, who’d first met in Vernon, moved to Abilene. That’s where Chris, after matriculating at TCU and a brief stint in minor league baseball, finished his final season of collegiate playing eligibility at ACU and then became a G.A. and then assistant coach. In 1998, Thomsen coaxed Collums to ACU where he became the quarterbacks and wide receivers coach for then-head coach Jack Kiser (’71). But when Gary Gaines replaced Kiser, neither Collums nor Thomsen was retained.
It so happened that UCA also made a head coaching change during that offseason. Conque was their choice, and, though he didn’t know Collums personally, he offered him the chance to come back to Conway to coach his quarterbacks. Shaking Abilene’s dust off their feet, Ken and Robyn went back to Conway. Within two years, Ken was promoted to offensive coordinator and helped Conque revive the Bears program and build the foundation for the university to ascend to Division I in 2006.
Collums also returned a favor to his brother-in-law, bringing Thomsen to UCA as an assistant. But their do-si-do between Abilene and Conway didn’t stop. In 2005, ACU hired Thomsen, a former All-America tight end for the Wildcats, as its head coach; Collums was his first recruit. And his toughest.
“Abilene was in our rearview mirror,” says Collums. “I didn’t want to come back.”
He wasn’t alone.
“We had two small children (Anna and Layne, at the time ages 3 and 1),” Robyn Collums remembers. “I told Ken, ‘I’m not going. I don’t know how you’ll see the kids, but the three of us are staying here.’ ”
Ultimately, Thomsen sold Ken on the chance to make their decade-long dream of creating a Christ-centered football program a reality. And they did, resuscitating a program that for 30 years had only experienced success in dribs and drabs into a steady stream of offensive explosions, playoff appearances and conference titles – all while mentoring and modeling to their players what it means to be men of God.
When Thomsen left ACU to join the coaching staff at Arizona State University after the 2011 season, Collums was the obvious choice to replace him. But because of his roots, he also was an obvious candidate for UCA’s vacancy in 2013.
Collums interviewed, then waited for an offer that never came. UCA instead went outside the family, hiring Steve Campbell, who had won a Division II national title as head coach at Delta State University before spending 10 years at Mississippi Gulf Coast College.
“I look at it as a blessing,” Robyn Collums says, “because it would’ve been a very tough decision. And we didn’t have to make it.”
But it did add an extra element of intrigue to an already emotional experience last November when Collums coached against his alma mater for the first time. Despite missing seven starters due to injury, including quarterback Parker McKenzie, ACU routed UCA, 52-35, to dash the Bears’ hopes of a conference title.
“For some reason,” Collums says, “God had his hand on the Wildcats that day.”
Saturday will be the first time Collums has been on the visiting team’s sideline at UCA’s Estes Stadium.
“This is very weird,” he says.
Collums has now been associated with ACU one year longer than the dozen seasons he spent at UCA. As Robyn prepares to go back home, she can’t help but reflect on the different state her family is now in – emotionally and geographically.
“Ten years later,” she says, “those kids are 13 and 11, and we wouldn’t want to be anywhere else.”
The feeling for ACU football fans is mutual.