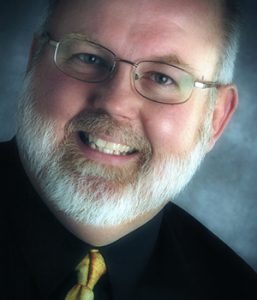 Dr. Stanley N. Helton (’92 M.S.) was selected this week to be the next president of Alberta Bible College in Alberta, Canada. He begins work July 1.
Helton will become the sixth Abilene Christian University graduate to serve in 2015 as president of a college or university, joining Dr. Phil Schubert (’91) of ACU, Dr. John Tyson (’81) of Rochester College, Dr. R. Gerald Turner (’68) of Southern Methodist University, Dr. Tim Summerlin (’68) of Schreiner University, and Dr. Brent Wallace (’03 M.A.) of North Central Texas College.
Helton was previously a research associate for the Haggard Center for New Testament Textual Studies in New Orleans and minister of the Word at First Christian Church (Disciples of Christ) in Hammond, La. From 2006-09 he was dean of Western Christian College in Regina, Saskatchewan.
He earned three graduate theology degrees from ACU: a M.S. in doctrinal and historical studies in 1992, a M.Div. in 1999 and a D.Min. in 2009. Helton also has a B.A. degree in biblical studies from Oklahoma Christian University (1988) and a Th.M. (2012) and Ph.D. (2014), both from New Orleans Baptist Theological Seminary.
Alberta Bible College was founded in 1932 and is one of Canada’s oldest Bible colleges and degree-granting institutions of higher learning.