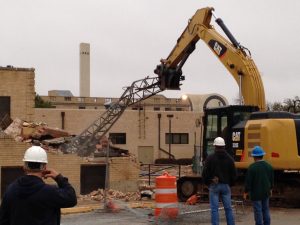 Alumna Liz (Thompson ’79) Sinclair came to watch the demolition on behalf of her daughter, Katherine (Sinclair ’11) Kinnaman, who took classes in Chambers as an English major. Sinclair arrived early in hopes of getting a brick for Kinnaman, whose birthday is today.
“It’s amazing,” she said, “and kind of sad. My daughter would probably be more emotional.”
Scot Colley (’04), executive director of facilities and risk management, obliged her, grabbing an armload of bricks during a break in the action and depositing them in the trunk of her car.
Demolition likely will continue through Wednesday, Colley said, with the excavator reaching the main part of the building on Tuesday.
Chambers was one of the original buildings on ACU’s current campus. Since opening in 1929, it served as a residence hall, library, cafeteria and academic building. The last classes were held in Chambers in December. 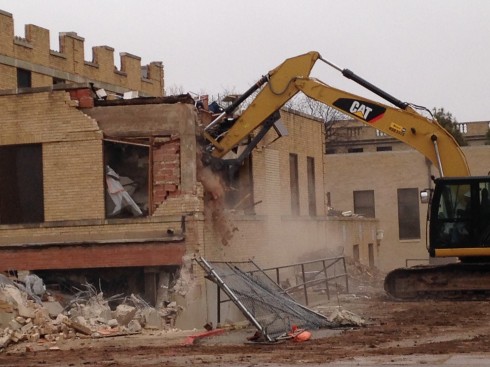 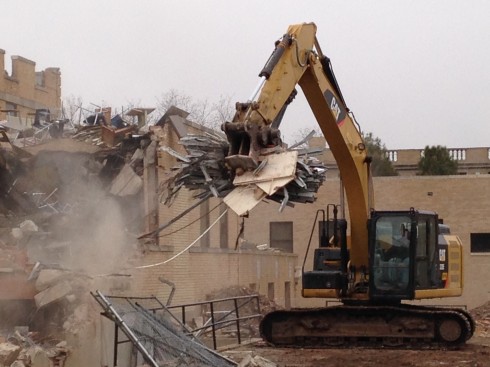