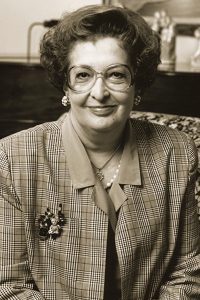 Former Abilene Christian University first lady Margaret Louise (Newlen ’56) “Peggy” Teague, wife of chancellor emeritus Dr. William J. Teague (’52), died Feb. 3, 2015, at age 85 in Abilene.
A memorial service will be held Friday, Feb. 6, 2015, at 1 p.m. at University Church of Christ in Abilene, with Dr. Eddie Sharp (’73) officiating and arrangements by Piersall-Benton Funeral Directors. Family visitation will be after the service at the church. Burial will take place in Nocona, Texas. 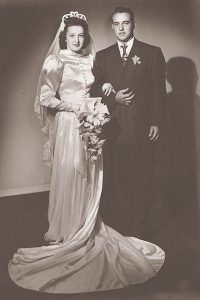 Peggy was born Dec. 1, 1929, in Nashville, Tenn., graduating from San Diego High School in 1946. She began studies at San Diego State University, earning a B.A. degree in secondary education from ACU in 1956 and a M.A. degree in education from Pepperdine University in 1963.
She married Bill Teague on June 4, 1948, in San Diego, Calif.
Peggy taught business classes at Hardin-Simmons University (1956-57) and Harding University (1957-59), and she and Bill made study trips to 46 countries in Asia, Africa, Europe, the Middle East, South American and the Pacific Basin.
She was active in university and community organizations, including service as president of the national board of Women for Abilene Christian University and ACU Faculty Wives, and as an advisory board member for Friends of the Abilene Public Library. She was president and emeritus member of the historic Abilene Woman’s Club, a Bible school teacher, and active in public speaking on behalf of projects relating to education, religion and politics. In California, she held various district and state offices in the Associated Women for Pepperdine University, was a member of the Delphian Society, and president of the PTA at Morningside High School in Inglewood, Calif. 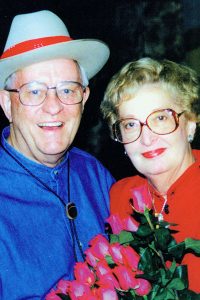 “The Teagues have been an integral part of the work of Women for Abilene Christian University, and have been champions on our behalf,” said Dr. Marianna (Yarbrough ’53) Rasco, a WACU board member and chair of the ACU Museum board. “Peggy led our successful campaign to furnish and refurbish the Mrs. Don H. Morris Living Area in the Morris Center and was a constant source of encouragement to students.”
The Margaret L. Teague Spirit Award was created at ACU in 1988 for students who demonstrate an energetic commitment to Abilene Christian values, including “caring, serving and excelling, and loyalty to the purposes of the university.” ACU’s Hope for the Future Appreciation Dinner in August 1991 honored the Teagues. At that event, Bill said he and Peggy shared a dream “to educate so as to empower the spirit of each student. To inspire in each of them the desire to make moral choices. To continue the fight against mediocrity, to conquer ignorance and supply purpose. To help love abound, and to exalt God as the source and sustainer of all life.”
The William J. and Margaret L. Teague Excellence Award, an endowed scholarship program for students at ACU, began in 1989.
In 1991, the Teagues also were named Christian Educators of the Year by 20th Century Christian magazine for careers of service to three Church of Christ-affiliated universities while Bill was an administrator at Harding (1957-59), Pepperdine (1959-70) and ACU (1952-57, 1981-91 as president, 1991-2007 as chancellor and 2007-present as chancellor emeritus).
“Peggy and Bill Teague’s marriage was a love story – for better, for worse; in sickness and in health,” said chancellor Dr. Royce Money (’64). “They are an inspiration to many of us in the ACU family. Peggy worked tirelessly for Abilene Christian for many years. She was elegant and gracious in her role as first lady of the university.”
ACU’s Teague Boulevard opened in May 1992 and was dedicated in August of that year, serving as a new front entrance to the university. Across campus, the 43,500-square foot Margaret L. and William J. Teague Special Events Center was dedicated in her and Bill’s honor in February 1999.
“The Teague family name will always be an important of ACU history,” said president Dr. Phil Schubert (’91). “Peggy and Bill have been prominent ambassadors of the university. She shared Bill’s commitment to excellence and helped us raise many standards that continue to shape who we are today.”
She was preceded in death by her parents, Frank Newlen and Amelia Bell Reinke Newlen; and a sister, Florence Parsley. Survivors include William, her husband of 66 years; a son, Tom Teague (’71); two daughters, Susan Reid (’74) and Helen Teague (’83); and grandchildren William Randolph Teague and wife Francis, and Amelia Louise Wildman (’11).
Pallbearers will be Cecil Eager (’71), Scott Dueser, Hutton Jones (’81), Jimmy Parker, Dr. Charles Runnels, Richard “Dick” Shough, Jimmy Tittle (’49), William Randolph Teague, and Jerry Wilson (’71).
Honorary pallbearers will be Mrs. Robert Bein, Mrs. Chris Clark, Mrs. Jack Currey, Mrs. Charles Erwin, Mrs. Bobbie Gee, the late Mrs. Clyde Grant, Mrs. David Hejl, the late Mrs. Boots Hill, the late Mrs. Bob James, the late Mrs. Jack Jordan, Mrs. Tom Kim, the late Mrs. Imogene Mickey, Mrs. Porcia Moore, the late Mrs. Charles Nelson, Mrs. Holbert Rideout, Ms. Georgia Sanders, Mrs. Bill Senter, Mrs. Dick Shough, Mrs. Dick Spaulding, the late Mrs. John C. Stevens, and the late Mrs. Robert J. Tiffany.
In lieu of flowers, the family encourages memorials to be made to Women for ACU (ACU Box 29133, Abilene, Texas 79699-9133) or to Abilene Woman’s Club (3425 S. 14th St., Abilene, Texas 79605). 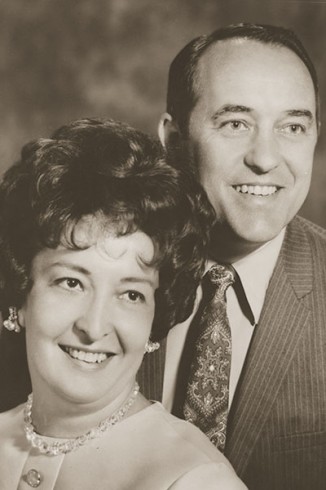 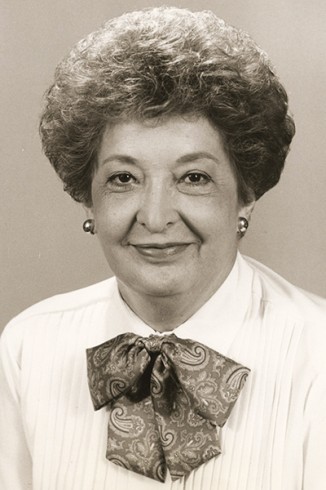