Home/ ACU News/ ACU Remembers/ ACU Remembers: Judy Beauchamp
Main Content
Features Academic News Alumni News Campus News ACU Online All Categories
Academic News ACU News ACU Online ACU Remembers Alumni News Campus News Faculty Spotlights Features Graduate Programs Research Sports Student Experience Student Spotlights Student Success Undergraduate Programs Why ACU?
Ermon Pearl “Judy” (Jones ’41) Beauchamp, one of the namesakes of a landmark amphitheatre at Abilene Christian University, died Jan. 9, 2015, in Abilene, at age 96.
A memorial service will be held Monday, Jan. 12, at 1 p.m. at University Church of Christ in Abilene, where the couple were longtime members.
She was born April 6, 1918, in Wilson, Okla., and enrolled in Abilene Christian with her twin brother, Thurmon “Tugboat” Jones (’41) in 1937, the same year she met Garvin V. Beauchamp (’41). Judy was a member of Ko Jo Kai social club at ACU.
The couple married May 28, 1941, and lived in Abilene; Redding, Calif.; and Midland, Texas, before returning to ACU in 1950 when Garvin was named head football coach of their alma mater.
Judy was active in her home congregation for 75 years, was a founding member of Women for Abilene Christian University, and was known for a 25-year sales career at Bowie’s Jewelry Store. She and Garvin were beloved for their nearly half century of service to ACU and lives of integrity that will long outlive them both. He died Dec. 2, 2002, after a career on the Hill as assistant and head football coach, athletics director, dean of students, vice president of student services, and vice president of special services. 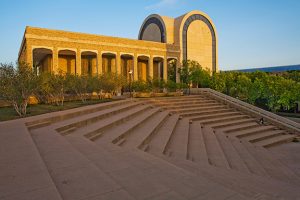 The Beauchamps were honored at a tribute luncheon in 1987 in the Abilene Civic Center. ACU’s Tower of Light, Chapel on the Hill, and Garvin and Judy Beauchamp Amphitheatre were dedicated Aug. 28, 1989, a day before the opening of the Onstead-Packer Biblical Studies Building. The amphitheatre has become one of the university’s most popular gathering places for students as the home of candlelight devotionals during Welcome Week and other occasions.
Judy was preceded in death by Garvin, her husband of 61 years; her parents, Elvie and Priscilla Jones; and four siblings, Ballard, Stanley, Thurmon and Jeraldine. Among survivors are a son, Gary Beauchamp (’64); a daughter Priscilla “Prissy” (Beauchamp ’65) Jones; five grandchildren and 12 great-grandchildren. 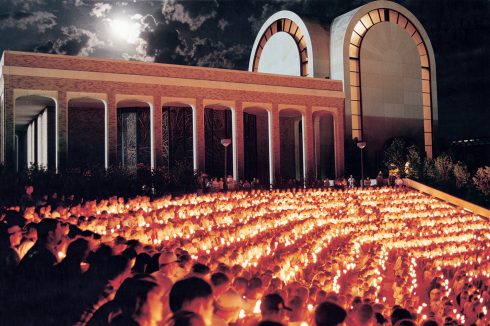