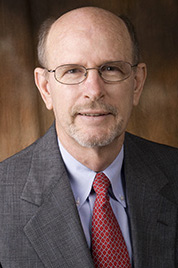 Dr. Bennett B. Hutchinson (’63), former longtime Abilene Christian University professor of chemistry, died Dec. 30 in Nashville, Tenn., at age 72. A memorial service will be held at 11 a.m., Saturday, Jan. 10, at the Otter Creek Church of Christ (409 Franklin Road, Brentwood, TN 37027). A memorial service in Abilene is being planned for a later date.
Hutchinson was born Aug. 7, 1942, in Honolulu, Hawaii, and graduated from Littlefield (Texas) High School in 1959. He earned a B.S. in chemistry from ACU, an M.S. in inorganic chemistry from The University of Texas of Austin in 1965, and a Ph.D. in physical chemistry from the Illinois Institute of Technology in 1970.
He married Nancy A. Richardson (’75 M.A.) on June 27, 1970, and the Hutchinsons were honored as Abilene’s Family of the Year in 1985. He was active in community and in local politics, serving as a Democratic precinct chair in Taylor County and as a delegate to the state Democratic convention. Hutchinson chaired the Subcommittee on Hunger in Abilene on the 1986 Mayor’s Task Force and served for three years as board chair for Meals On Wheels Plus Inc. of Abilene.
At the time of his passing, he was professor of chemistry and former dean of the College of Natural and Applied Sciences at Lipscomb University, whose faculty he joined in 2004. Hutchinson was professor of chemistry at ACU from 1969-90, chair of the natural science division at Pepperdine University from 1992-98 and dean of Oklahoma Christian University’s College of Science and Engineering from 1998-2003. He also was sponsor of international programs and director of OC’s campus in Vienna, Austria.
While at ACU, he was a visiting professor of chemistry at The University of Texas at Austin and a post-doctoral fellow at Texas A&M University and Case Western Reserve University. Hutchinson received more than a half million dollars in grants from the Robert A. Welch Foundation, Dow Chemical Company and the Texas Energy Research and Application Program, among others, and was a prolific author of published research, often conducted alongside ACU students. He also was a sponsor for Frater Sodalis, Phi Lamba Omega and the Chemistry Club, and served as a deacon at Minter Lane Church of Christ and Highland Church of Christ.
He was preceded in death by his parents, Earl and Pearl Hutchinson. Among survivors are Nancy, his wife of 44 years; a daughter, Amy (Hutchinson ’93) McBride; and three grandchildren.