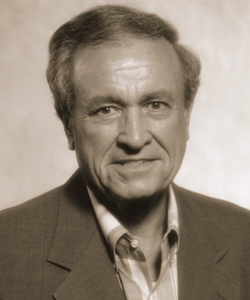 Donald M. Shultz (’52), former longtime trustee of Abilene Christian University, died Dec. 6 at age 85 in Atlanta, Ga.
A memorial service is planned for 2 p.m. Wednesday, Dec. 10, at the North Atlanta Church of Christ (5676 Roberts Drive, Dunwoody, GA 30338). Visitation will be today from 6-8 p.m. at Sandy Springs Chapel (136 Mount Vernon Highway NE, Sandy Springs, GA 30328).
Born Nov. 1, 1929, in Topeka, Kan., Shultz earned a B.S. degree in business administration from ACU in 1952 and a certification in ministerial counseling in 1990. He was a football letterman and member of the A Club while a student at Abilene Christian.
He married Susie Ogletree on Nov. 14, 1953, and served nine years in the U.S. Naval Reserve.
Shultz was an executive with Ford Motor Company for 32 years who worked in Dallas; Oklahoma City; Houston; Chicago; Detroit; Atlanta; San Jose, Calif.; and Cologne, Germany. He retired at age 57 to work full time in ministry at the North Atlanta Church of Christ, where he served as an elder and helped envision the Genesis Center for Christian Counseling, a ministry of that congregation. Previously, he was an elder at the Campbell (Calif.) Church of Christ.
In 1981, ACU awarded Shultz its Distinguished Alumni Citation. He was a member of the ACU Board of Trustees from 1986-2005 and also served as chair of Greater Atlanta Christian School. In 1991 he was named Dunwood (Ga.) Rotary Club’s Volunteer of the Year.
Shultz was preceded in death by his parents, Dewey and Mildred Shultz, and a brother, Dale Shultz (’51).
Survivors include Susie, his wife of 61 years; a daughter, Camie (Shultz ’80) Fetz; sons Brad Shultz (’82) and Todd Shultz (’87); brothers Larry Shultz (’57) and Ron Shultz (’66); five grandchildren; and two great-grandchildren.