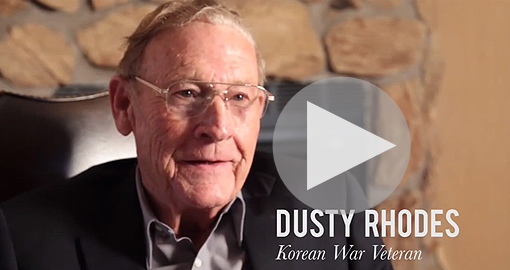 The story behind Saving Private Ryan – Steven Spielberg’s intense, cinematic masterpiece that was nominated in 11 categories (and won five) in the 71st Academy Awards – especially resonates with me today.

In the 1988 film, Pvt. James Francis Ryan, a World War II paratrooper portrayed by Matt Damon, became the object of an intense search across Normandy shortly after the D-Day invasion of 1944 for the youngest sibling of three other soldiers who had been killed in action. Not wanting to present such devastating news about all four brothers to their mother, Gen. George C. Marshall issued orders that settled upon 30-year-old Capt. John H. Miller (a Pennsylvania high school teacher portrayed by Tom Hanks), who chose six men to scour the countryside with him for Ryan and bring him home safely and immediately.
Three of the six in Miller’s group died while accomplishing that, including Miller, whose dying request of Ryan on a hard-fought bridge they had just won together were, “Earn this. Earn it.”
Years ago, my grandmother, Nina, had five sons – Gibson, Terry, Ben, Billy and David Pullen – who were each called away to military service from their small Kentucky farm to places like Pearl Harbor and the Panama Canal. Unlike three of the four Ryan sons in the story written by Robert Rodat, they all returned safely. My mother’s brothers went on to live long and full lives, and while they are now deceased, I am grateful for the blessing of their safe-keeping. I am thankful their mother need not have received a letter from Marshall quoting Abraham Lincoln of “… the solemn pride that must be yours to have laid so costly a sacrifice on the altar of freedom.”
I was reminded of that when watching Spielberg’s epic film this past weekend, and today, as the Abilene Christian University campus stopped to remember Veteran’s Day.
With a backdrop of ACU’s large U.S flag, this morning’s annual tribute in Moody Coliseum included stirring patriotic music from ACU’s A Cappella Chorus; comments from president Dr. Phil Schubert (’91); the introduction of ACU student Tina Marie Darby, a staff sergeant who served four years of active duty in the Army in places like Bosnia and Afghanistan and is now in her 16th year in the Texas Army National Guard; a prayer by retired Brig. Gen. Jerry Strader (’52); and introductions of special guests such as Col. Michael Bob Starr, commander of the 7th Bomb Wing at Abilene’s Dyess Air Force Base.
Today’s program in Moody Coliseum also featured a touching video vignette about Abilene’s A.L. “Dusty” Rhodes (’59), a veteran of the Korean War who described an instance on the Inchon River when a fellow Marine shielded him from a North Korean bullet that could have taken Rhodes’ life but missed its mark. Rhodes recalled what he considers to this day to be the greatest honor he could ever have: “A soldier, risking his life for me.”
Veterans Day evokes many personal memories for Americans, some intensely painful. War is political and costly and does not always end with a parade down Main Street. It often requires – as did World War II – many to die so that many others can be saved. The current and former soldiers gathered today in the coliseum represented three generations of Americans willing to risk their lives for our freedom and for the freedom of others around the world. Their self-sacrifice should not be lost on us.
In the final scene of Saving Private Ryan, an elderly James Ryan kneels in the Normandy American Cemetery and Memorial in France after finding the grave of a man who died so that he might live.
“I’ve tried to live my life the best I could. I hope that was enough,” Ryan said while reflecting on John Miller’s final command decades before. “I hope that at least in your eyes, I’ve earned what all of you have done for me.”
On this Veteran’s Day, I can’t think of finer words.