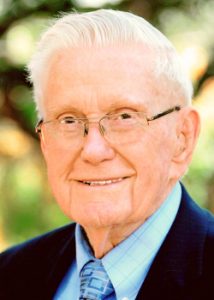 After 23 years (1927-50), Clara Bishop was a hard act to follow as registrar of Abilene Christian University.
But Kenneth Hugh Rasco (’48) bettered her longevity mark in the Registrar’s Office with a record career spanning 35 years (1950-85). And if you were one of the tens of thousands of students to attend ACU during those three-and-a-half decades, his thumbprint was on your transcript and he personally approved your Commencement credentials.
Colleagues and students alike spoke of the kindness, humility, grace, patience and eye for detail with which Rasco carried out a role crucial to the success of any university and its academic endeavors. Those attributes also describe his life outside the tedious work he did in the Hardin Administration Building and the profession to which he dedicated his career.
Rasco died today in Abilene at age 93. A memorial service will be held at University Church of Christ on Saturday, Sept. 20, at 11 a.m., conducted by Piersall-Benton Funeral Directors, with burial afterward at Cedar Hill Cemetery in Abilene. Visitation with the family will be 5-7 p.m. Friday at Piersall-Benton (733 Butternut, Abilene, Texas 79602).
Ken was born Jan. 23, 1921, in Tyler, Texas, and graduated from Tyler High School in 1939. He was a staff sergeant in the U.S. Army Air Corps, serving from 1942-44 as a left-waist gunner on a B-17 in World War II. He earned four Air Medals with four oak leaf clusters, and the Distinguished Flying Cross for heroism during his 35 missions over Germany and France. 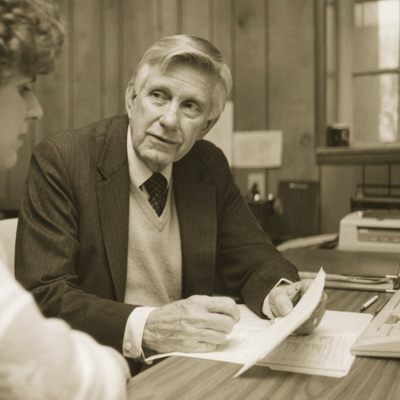 He married Marianna Yarbrough (’53) on Jan. 1, 1954, in Fort Worth. Later, she retired from ACU as professor emerita of family and consumer sciences after nearly 40 years of service to her alma mater.
He graduated from Tyler Junior College with an Associate of Arts degree in English in 1941 and from ACU in 1948 with a Bachelor of Arts in English. He earned a Master of Arts degree in 1949 from Northwestern University and also did graduate studies at the University of Colorado at Boulder and DePauw University.
Ken joined the ACU faculty in 1949 as an instructor of English, retiring in 1986 as assistant professor emeritus of English and registrar. He was active in the Texas Association of Collegiate Registrars and Admissions Officers and the American Association of Collegiate Registrars and Admissions Officers.
He served as a deacon at Abilene’s University Church of Christ, where he and Marianna have been longtime members.
He was preceded in death by his parents, Hugh and Berta Lou McGlathery Rasco; brothers Edwin Rasco and Alvin Mack McCary; and a sister, Ethlene Buffington. Among survivors are Dr. Marianna Rasco, his wife of 60 years; a daughter, Dr. Amy Coffey (’79); a son, Kern Rasco (’80); five grandchildren; one great-grandchild; and a sister, Merle Holmes (’54). Memorials may be made to the Ken and Marianna Yarbrough Rasco Scholarship at ACU (Gift Records, ACU Box 29132, Abilene, Texas 79699-9132).