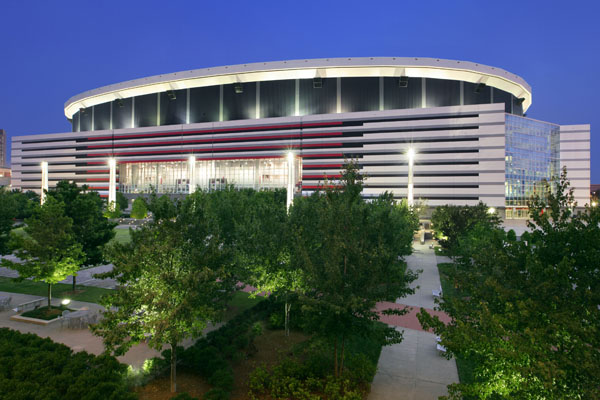 It would be an understatement to refer to Abilene Christian University’s game tonight in Atlanta with Georgia State University as the only game in town.
In fact, it’s the only college football contest being played in America and ESPNU will broadcast it nationally beginning at 6 p.m. CST. ACU’s Alumni Association is hosting a pregame tailgate on site for fans at 5 p.m.
The venue – Atlanta’s 71,250-seat Georgia Dome, home field for GSU and the NFL’s Atlanta Falcons – will be the third largest in which ACU has ever played. The Wildcats played in the historic Cotton Bowl (92,100 capacity) in Dallas in 2009, and have twice played in AT&T Stadium (80,000 capacity), home of the NFL’s Dallas Cowboys.
Don’t expect to see a crowd anywhere near that, as attendance at Panther home games can look meager in that large of a venue despite GSU enrolling 32,000 students. Still, it’s a thrill for Wildcat student-athletes to play in the Georgia Dome, which is one of the top sports stadiums in the nation and the largest cable-supported domed stadium in the world. 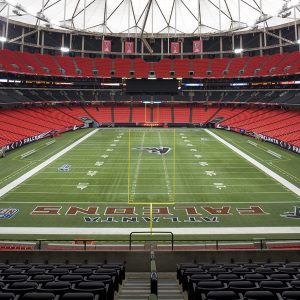 The Georgia Dome hosted the NCAA men’s basketball Final Four in 2002, 2007 and 2013; the NCAA women’s Final Four in 2003; Super Bowl XXVIII and XXXIV; and gymnastics and basketball events for the 1996 Olympic Games. It also is the site of the annual SEC Football Championship, the Chick-fil-A Bowl, Chick-fil-A Kickoff Game(s), and various Georgia high school competitions, among a host of concert and other events.
The 2014 season is just Georgia State’s fourth to play college football. The ambitious Panthers began competition as a Football Championship Subdivision (FCS) team in 2010, and moved up to Football Bowl Subdivision (FBS) last year. They are members of the Sun Belt Conference. After tonight’s game with ACU, the Panthers have games with New Mexico State of the Sun Belt and non-conference opponents Air Force and Washington. The Panthers have a non-conference road game Nov. 22 with Clemson.
The Sun Belt is one of the nation’s most geographically far-flung FBS conferences with member institutions in Arkansas, Alabama, Georgia, Idaho, Louisiana, New Mexico, North Carolina and Texas. ACU plays another Sun Belt member – Troy State – in Troy, Ala., on Sept. 13 in a game that will be broadcast on ESPN3.
The Wildcats’ 2014 schedule (* = Southland Conference game):