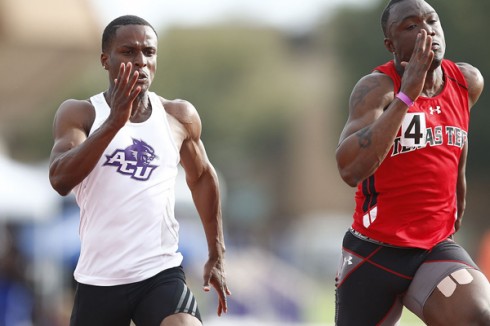 Crews this morning began groundwork on what will become a new stadium for ACU’s legendary track and field program and dominant women’s soccer team – clearing and leveling the site on Campus Court, south of Wells Field and north of Edwards Hall.

Among the changes to campus caused by the work is the closure of Oliver Jackson Boulevard, which runs south from Ambler Avenue to Coliseum Way, and the north portion of the Edwards Hall parking lot.
Likewise, several campus offices are shifting to make way for the former occupants of Chambers Hall, as well as WFF (the campus custodial services) which occupied a small building behind Chambers. Both structures eventually will be demolished to make way for the Halbert-Walling Research Center. 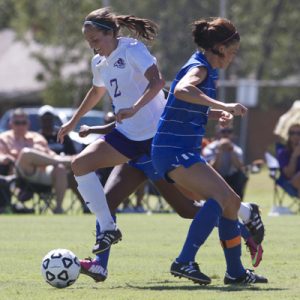 Before that can happen, however, a series of dominoes must fall across campus, involving seven other facilities. The Department of Language and Literature will move to the Hardin Administration Building after the Graduate School takes up residence in the renovated third floor of Brown Library. The Department of Psychology will move into McKinzie Hall after the Office of Student Life occupies the renovated lower level of the McGlothlin Campus Center. And WFF will move into the Nichols House across Campus Court after renovations to the Vanderpool Building allow staff to move there from Zellner Hall, which will clear room for the Nichols House’s current occupants.
Meanwhile, crews are finishing foundation and electrical work on the Engineering and Physics Laboratories at Bennett Gymnasium. Delays in acquiring permits have pushed the projected completion date for the project into September. Likewise, the Campus Center renovation is not expected to be complete until later in the fall, delaying psychology’s move until after the semester.
Vision in Action is a $75 million fundraising effort that will transform the ACU campus in a way not seen for nearly 50 years. At its conclusion, ACU will feature three new science facilities – the Bennett laboratories, the Onstead Science Center and the Halbert-Walling Research Center – and two new stadiums, including Wildcat Stadium, the first on-campus football facility in more than 70 years. To date, $49.7 million has been raised, including the largest gift in ACU history.
More information about Vision in Action can be found here.