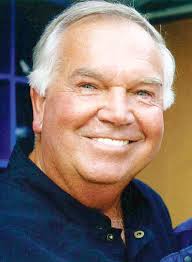 New York Yankees legend Bobby Richardson, a national leader in the Fellowship of Christian Athletes (FCA), will speak April 29 at a luncheon at Abilene Christian University.
The event is sponsored by ACU’s Center for Building Community, in partnership with the Big Country FCA and ACU Athletics. Tickets for the luncheon, which begins at 11:45 a.m. in the McCaleb Conference Center of the Hunter Welcome Center, are $30 each or $200 for a table of eight and can be bought by calling ACU Athletics at 325-674-2353 or the FCA at 325-795-0020. 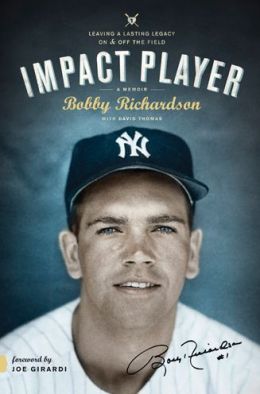 Richardson will sign copies of his book, Impact Player: Leaving a Lasting Legacy On and Off the Field, following the luncheon.
An eight-time all-star and five-time Gold Glove winner from 1955-66, Richardson was a smooth-fielding second basesman who helped the Yankees to three world championships (1958, 1961 and 1962) in the eight World Series in which he played. He is the only player from a losing team to be named World Series MVP, winning the honor after hitting .367 with 12 home runs.
His banner season was 1962, when he led the American League in hits (209), won a Gold Glove, made the AL All-Star team and finished runner-up in AL MVP voting to teammate Mickey Mantle.
After retiring as a player, Richardson was head baseball coach at the University of South Carolina, leading the Gamecocks to a 221-92-1 overall record and a berth in the 1975 College World Series. He also coached at Liberty University and Coastal Carolina University.
A lay minister, Richardson was a spiritual confidant of Mantle who played a key role in the former teammate’s decision in 1995 to become a born-again Christian while the slugger was in the final stages of a battle with liver cancer. Later, Richardson officiated at Mantle’s funeral service.
Richardson’s visit during ACU’s first year of competition in NCAA Division I and the Southland Conference continues the involvement since 1990 of numerous former players and coaches from Major League Baseball in building the Wildcats’ intercollegiate program. Fundraising events in Arlington, Abilene and Sweetwater through the years regularly drew fan favorites such as Nolan Ryan, Bobby Murcer, Dave Dravecky, Claude Osteen, Jay Buhner, Allie Reynolds, Ferguson Jenkins, Rusty Greer, Mike Hargrove, Jerry Walker, Mitch Williams and others to dinners honoring Ryan and to celebrity quail hunts sponsored by the Justin Boot Company.
ACU student-athletes benefit from endowed scholarships named after Ryan and Murcer. Buhner’s son, Gunnar, is now a freshman infielder for the Wildcats. Ryan and Jenkins have been inducted to the Baseball Hall of Fame.