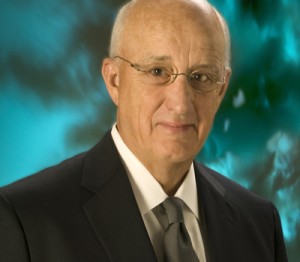 He’s not retiring. And he’s not a relief pitcher throwing in the ninth inning of a 50-year career at his alma mater. But a baseball-themed luncheon April 21 will nonetheless celebrate Dr. Gary McCaleb (’64) for a remarkable milestone and his rare, ongoing tenure of service to Abilene Christian University.

Few people in ACU’s 108-year history have worked a longer span than McCaleb, whose career has included administrative leadership of nearly every aspect of Abilene Christian: alumni relations, fundraising and development, public relations, student life and athletics. The Anson native began shortly after graduation in 1964, taking leave only to work on M.B.A. and doctoral degrees at Texas A&M University.

Today he is vice president of the university, executive director of the Center for Building Community, and professor of management.

The luncheon on Monday, April 21, begins at 11:45 a.m. and the celebration resumes at 3:15 p.m. at Crutcher Scott Field, where McCaleb will throw the ceremonial first pitch prior to a game between ACU and McMurry University. Tickets for the luncheon are $50 each or $500 for a table seating eight people and can be purchased online. Proceeds benefit the McCaleb Family Endowed Lynay Scholarship at ACU.

A former Wildcat baseball letterman, McCaleb led the effort in 1991 to bring the sport back to the Hill following a 11-year absence. He directed plans for fundraising dinners in Arlington and Abilene that feted Nolan Ryan at the apex of his career as a pitcher with the Texas Rangers; for Justin Celebrity Quail Hunts that brought professional athletes to West Texas for hunting, trap and skeet shooting, and silent auctions of sport memorabilia in the 1990s; and for other efforts that helped build Crutcher Scott Field, and raise operational and endowment funds at ACU. Wildcat players now benefit from scholarships named for Ryan and former New York Yankee great Bobby Murcer, among others.

Outside intercollegiate athletics, McCaleb is known for teaching and mentoring students in the nuances of leadership, and for directing the Lynay program that prepares students for service and leadership in their families, church, professions, and the larger communities in which they will live and work.

McCaleb had a prominent career in public service, including two terms on the Abilene City Council, three terms as mayor, and leadership roles in the Texas Municipal League, advisory boards of the National League of Cities and the U.S. Conference of Mayors, and as the U.S. representative to the World Executive Committee of the International Union of Local Authorities. He has served on the boards of the West Central Texas Municipal Water District, United Way of Abilene, Friends of the Abilene Public Library, Abilene Psychiatric Center, Day Nursery of Abilene, and in roles with many other civic organizations.