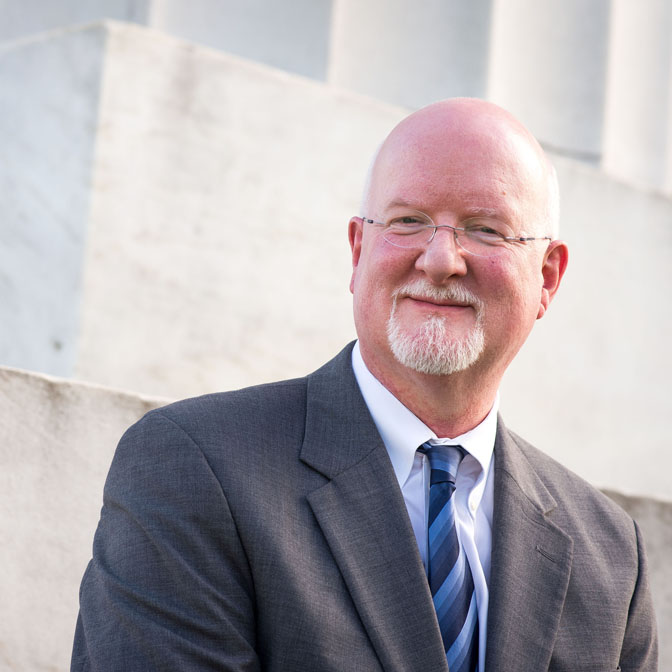 As a career theologian, Dr. Shaun Casey (’79) has always answered to a higher power.
These days he also finds himself influencing United States diplomacy in the nation’s capital as the only Abilene Christian University graduate working in the State Department for Secretary of State John Kerry.
His office has a view of the Washington Mall, and his responsibilities to Kerry are groundbreaking as the special advisor of the Office of Faith-Based Community Initiatives. A recent profile in Religion & Politics, a website of the John C. Danforth Center at Washington University in St. Louis, gives an excellent portrayal of the ACU graduate.
Read Casey’s profile in Religion & Politics
As a “portal for engagement with religious leaders and organizations around the world,” Casey’s office “reaches out to faith-based communities to ensure that their voices are heard in the policy process, and it works with those communities to advance U.S. diplomacy and development objectives,” according to the State Department’s website.
His work was praised recently by President Barack Obama in remarks at the 2014 National Prayer Breakfast.
A native of Paducah, Ky., Casey served as a sportswriter on The Optimist newspaper while earning his bachelor’s degree at ACU. He later received M.Div. and Doctor of Theology degrees from Harvard Divinity School and a Master of Public Administration degree from Harvard’s Kennedy School of Government. Casey is on leave from Wesley Theological Seminary, where he is professor of Christian ethics and director of the National Capital Semester for Seminarians.