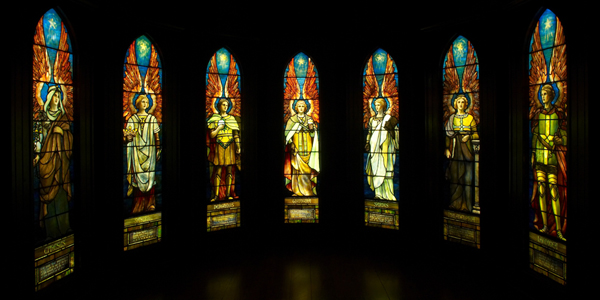 “In Company With Angels” an exhibit of historic stained glass windows created by Louis Comfort Tiffany are on display in Waco, Texas, through January at the Lee Lockwood Scottish Rite Library and Museum. Dr. Ian Fair (’68), ACU adjunct professor of New Testament, is a featured speaker there Tuesday, Jan. 21 at 5:45 p.m. in the last of a five-part series of lectures sponsored by the Historic Waco Foundation. 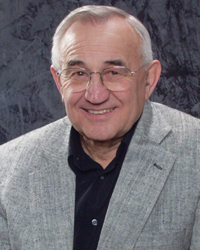 Fair will speak about the seven New Testament churches of Asia – Ephesus, Smyrna, Thyatira, Sardis, Philadelphia, Laodicea and Pergamos – each depicted by an angel in the eight-foot-tall windows that were first used in 1903 in Ohio at the Swedenborgian Church of the New Jerusalem. The intricate windows have toured the nation since 2007, with a portion of proceeds dedicated to their care and maintenance. Individual lectures in this series cost $10 each and can be purchased at the door (2801 W. Waco Drive, Waco, Texas 76701) or online.
Although Fair’s lecture is at a special time, the exhibit is open Tuesday through Saturdays, 10 a.m. to 5 p.m., Thursdays 10 a.m. to 7 p.m., and Sundays noon to 5 p.m. 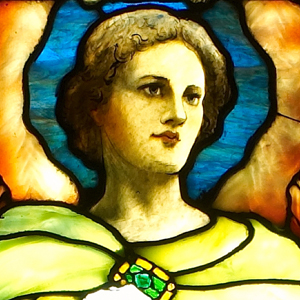 Tiffany (1848-1933) was a world-renowned painter, Art Nouveau designer and glass maker, and the son of jeweler Charles Tiffany, who founded Tiffany & Co. in New York City in 1837.
The Waco exhibit began Nov. 4, 2013 and ends Jan. 26. Other lecturers in the series have included stained-glass artist Bryant Stanton; Dr. Karen Pope, senior lecturer in art history at Baylor University; and Jennifer Thalheimer, curator of the Morse Museum of American Art in Winterhaven, Fla.
Fair joined ACU’s faculty in 1978 and was chair of the Department of Bible from 1983 until it became the College of Biblical Studies in 1985, and served as its dean until 1997. He is a master teacher of the Book of Revelation, which provides details about the seven churches of Asia in Chapters 2-3.