Home/ ACU News/ Alumni News/ Watson grateful to escape Colorado flooding
Main Content
Features Academic News Alumni News Campus News ACU Online All Categories
Academic News ACU News ACU Online ACU Remembers Alumni News Campus News Faculty Spotlights Features Graduate Programs Research Sports Student Experience Student Spotlights Student Success Undergraduate Programs Why ACU?
One of the nation’s biggest rescue airlifts since Hurricane Katrina is underway today in the Front Range of the Rocky Mountains, where thousands of residents have been displaced, more than 1,200 are unaccounted for and seven have died in the region’s worst flooding in a century.
As a flatlander who lived in West Texas for nearly three decades, Kevin Watson (’79) is familiar with the hazards of flash flooding: fast-running water in low-lying places. For 27 years (1982-2009) he oversaw construction and maintenance of ACU’s campus as assistant vice president for administrative services, including the building of Williams Performing Arts Center, Hunter Welcome Center, Lunsford Foundation Trail, Faubus Fountain Lake and Jacob’s Dream sculpture site. But little could have prepared him for a trip last week to Boulder, Colo., where he was stranded with little food on a nearby mountain for three days while crews worked to reopen roads damaged by more than 21 inches of rain – what National Weather Service forecasts described as “biblical” at one point. 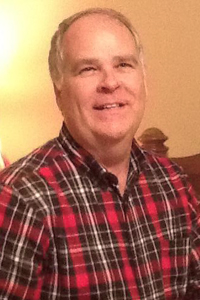 As senior vice president for Morton Companies in San Antonio, Watson had accompanied a 70-year-old friend to Boulder Heights, a neighborhood in the mountainous area northwest of Boulder. He and a co-worker were helping the friend sort through the belongings of a family member who had recently died, prepare the property for sale, and provide moral support.
Boulder Heights is separated from nearby Walker Mountain by Lefthand Canyon, through which flows Left Hand Creek. It is a few miles southeast of Jamestown, the small community nearly wiped out by by floodwaters from Little James Creek.
The group arrived Monday and worked through Wednesday, when torrential rains began to fall overnight. When Watson awoke Thursday in his Boulder hotel room, emails from friends warned of worsening conditions. He headed up Lee Hill Drive for the 20-minute drive to the client’s house, which is located about 1,000 feet higher in the mountains than Boulder. Mudslides had already begun, and blocked his progress at one point. He followed a road grader as it cleared just enough room for his car to keep moving. On the other side, he encountered rocks and boulders the size of washing machines, but was able to drive around them.
Further up the road, he found his way blocked by a fire truck, whose driver told Kevin the mudslide beneath him had filled back in, and wouldn’t be cleared anytime soon. “I told him I need to get up the mountain to the house were the two ladies were, as we had a flight out of Denver that morning,” Watson said. “Well, that ain’t happenin’ today,” said the fireman, who thought it would be “a day or two” before another opportunity might arrive to navigate back down the mountain.
The three resigned themselves to staying in the house together, but their food supply was meager: a couple cans of soup, a box of macaroni and cheese, a box of rice, and some bottled water. At 10 p.m. Thursday, they lost power and running water (the well was powered by electricity), and the house turned chilly in the 40-degree night air. They collected rainwater off the roof in buckets to help keep toilets operating.
Although he rarely takes a cell phone adaptor on trips, he was fortunate to have it with him this time, and kept phone charged via his car battery. Messages from home – his wife, Laura (Eckman ’81), is a realtor – put him in touch with a local realtor who let him know about an email group among residents of Boulder Hills, a forum he was able to join. Through it, he located a person in the area who volunteered Friday night to put together a food basket for him to pick up Saturday morning. He used his phone to keep up with weather and fast-changing road conditions, and during the day, made trips down the mountain every hour to check on the deteriorating roadway.
Saturday morning, he received a call from the neighbor to say the food was ready but that emergency personnel were encouraging all residents to evacuate. Road crews had opened one lane of the road below them, and with warnings of more heavy rain to fall overnight, they decided to leave. They hurriedly packed their car and began their descent.
Before they could reach the area opened by road crews, they encountered a terrifying washout on Brook Road in which the water had created a hollow beneath the pavement. “The underside of the road was completely washed out as if it were a cave, and it had deteriorated more overnight,” Watson said. “I thought we needed to try because it was only going to get worse and if more people drove over it, the weaker it would become.”
His two friends walked across the compromised part of the roadway and waited for him to drive the car to meet them. “As I drove I was focused on staying as close to the mountain as I could. I wanted to keep the car moving and hopefully not feel like I was sinking. The sense of relief was powerful,” said Watson. They continued their trip, stopping at one point to talk to police who were documenting each person’s name and address. “In the event they needed to evacuate the area, they did not want to waste time on empty houses. They wanted to have a record of who left. Then they told us we could not return,” Watson said.
For a while, they followed a road grader clearing rocks and mud, then passed by it and continued on their own. When they made it down the mountain, they received word the grader had become stuck, and the washout on Brook Road had completely collapsed the pavement. Only 12 people were able to evacuate Boulder Heights; three of them were in Watson’s car. When they arrived at Denver International Airport, it began to storm again. Their flight was delayed but they eventually arrived home at 1:30 a.m. Sunday.
Watson said he’s still wrestling with several “Why?” questions.
“Why were we spared when others lost their lives? Why was our house not damaged while others were devastated? The only answer is because He choose to, for a reason which may never be made visible.” Watson said. “I believe, for His own reasons, God moved in ways to keep us safe and allow us to return,” Watson said. “Thank you for your prayers and thoughtful concern. I am humbled and grateful.”
Follow coverage of the Colorado flooding and rescues at the Denver Post and Daily Camera (Boulder) newspapers.
PREVIOUS POST   NEXT POST
SHARE: