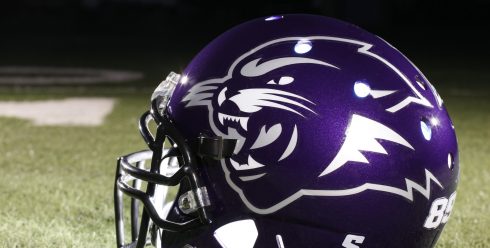 Abilene Christian University is no stranger to playing teams from much larger institutions, but today marks the start of a new era in which the entire Wildcat intercollegiate athletics program is affiliated with NCAA Division I.
As the new Spring-Summer 2013 issue of ACU Today magazine explains, preparations for a return to the Southland Conference are in full swing. Our coverage also introduces you in this issue to our new rivals with some interesting profiles of each. A few tidbits to test your knowledge:

Schedules for each of ACU’s 16 teams are being built this summer and they feature some eye-openers beyond the new rivals the Wildcats will face in the Southland. This spring, the women’s volleyball team scrimmaged Texas-Arlington, Baylor, SMU, Texas State, Texas Tech and Oklahoma to gain some experience with Division I competition.
The first regular-season home athletics contest with a Division I opponent is a volleyball match in Moody Coliseum with Texas Tech University of the Big 12 Conference on Sept. 10. Other highlights of 2013-14 season schedules, with more to be announced:

As our cover stories reveal, uniforms are being designed using the new Wildcat and the floor of Moody Coliseum is getting a makeover with the new graphics this summer. Watch this blog for news about pre-game tailgate parties this fall in Abilene, Dallas/Fort Worth (Frisco), San Antonio and Houston, and follow football games on 50,000-watt Christian radio station KBXD 1480 AM in the Metroplex, which reaches most of North Texas and into Oklahoma.
All in all, it’s an exciting time for Wildcat fans. Read about it in the new issue of ACU Today here, and share it with your friends!