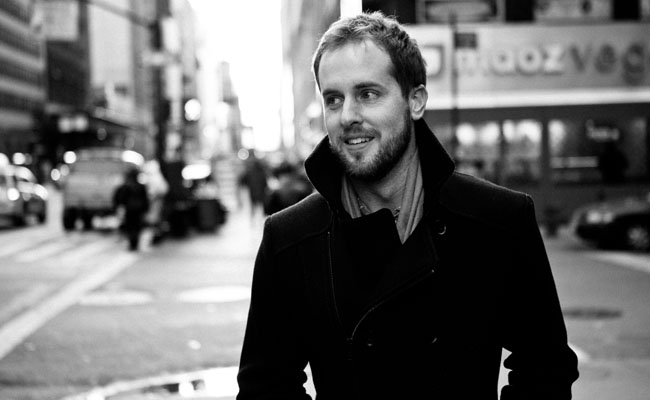 Like the McDonald’s TV commercial in which he starred last summer, we’re lovin’ Jeff Rogers’ latest gig, except this time the medium is the new issue of ACU Today magazine in which the talented artist’s work is displayed.
A mural painted by Rogers was the centerpiece of a June 2012 McDonald’s promotion for Spicy Chicken McBites. The 2002 Abilene Christian University graduate lives in New York City with his wife, actor Allison (Seibert ’02) Rogers. 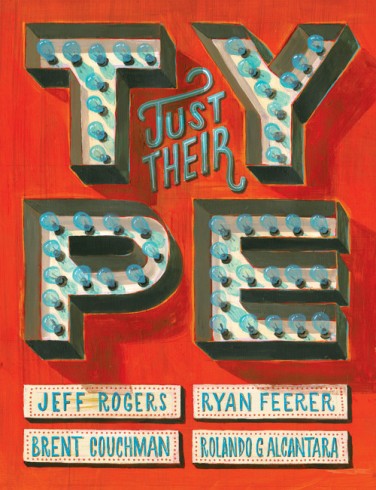 In the Spring-Summer 2013 issue of ACU Today, we asked him to create artwork for the feature story in which he and other young ACU designers and artists are profiled. We titled it “Just Their Type,” and told Rogers to have fun with an illustration to reflect the title and his latest preoccupation with old signs, both hand-lettered and illuminated. We think he nailed the concept with something he painted for our use in the magazine.
The idea for the collaborative project in ACU Today was hatched while Rogers was on campus last November to lecture in Shore Art Gallery with his good friend, acclaimed New York City chalk artist Dana Tanamachi, and to showcase their work for ACU students.
Rogers represents a quartet of young graphic designers in this issue who are making headlines in their profession – literally – with their deft handling and creation of typography. Works of Ryan Feerer (’05) and Brent Couchman (’05) have appeared in juried competition, books and top design magazines, and Feerer teaches in the university’s Department of Art and Design. Rolando G. Alcantara (’08) was interviewed recently by Print magazine about his innovative work.
Also profiled in our online-only Bonus Coverage this issue are other designers and artists with a knack for making special occasions memorable. Alyssa (Waitt ’97) Reeves, who owns Paradise Design Co. in Dallas has designed wedding invitations for NFL quarterbacks Tony Romo and Eli Manning, and their brides. Garrett (’09) and Jessica (Hopkins ’10) Mayfield team up in Wednesday Custom Design, a “boutique paperworks company” they own in Oklahoma City. And Darbie Angell (’03) is partnering with Disney to design fairy-tale-wedding-theme dinnerware along with other fine china from her company, CRÜ, that has been featured recently on TV shows by Martha Stewart and Katie Couric. (And while we’re name-dropping, Barack and Michelle Obama of Washington., D.C., also have a set of Darbie’s handiwork.)
There are many other talented young graduates from ACU’s art and design department, but we thought you’d enjoy getting to know these and seeing examples of their fine work in our 18-page layout that spans the printed and online-only editions.
You can do just that, here.