Three of Abilene Christian University’s most popular new programs are offered by its Department of Conflict Resolution: an online master’s degree in conflict resolution and reconciliation, a Graduate Certificate in Conflict Resolution and a Graduate Certificate in Conflict Resolution for Educators. The department’s home is the Duncum Center for Conflict Resolution, located on the southeast corner of Judge Ely Boulevard and East North 16th Street. Its stated purpose is to “equip, encourage and support individuals as peacemakers in their personal relationships, families, churches, schools, professions and communities.”
Dr. Joe L. Cope, executive director of the Duncum Center and a veteran ACU administrator, is the author of two blogs about conflict resolution. One of his recent posts on PeaceBytes.org addressed the tenor of public debate regarding two controversial cases currently being examined by the U.S. Supreme Court. We thought his observations were interesting, and re-post them here with his permission:

Last week I was flooded with frustration.
The backdrop was the United States Supreme Court and the buzz was about the two cases that involved homosexuality and issues surrounding whether or not same-sex relationships had certain rights and privileges within our system of laws and process.
The frustration I felt was from watching the way that people on both sides behaved in their public reaction to the event. To be fair, I did see a good number of individuals make their support known for one side or the other in a respectful manner. But those who didn’t, stepped far over the line of civility. 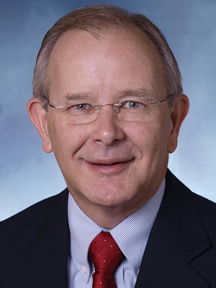 The frustration sparked something in me. I felt like I had to speak out about the ugliness that was unfolding. So, I wrote a post for my other blog (joeycope.com). As I was writing it, I have to admit that I was anxious about making it public. I so wanted to say the right thing, in the right way. I wanted it to be about civility, about helpful conversation and about better understanding. After all, I’m right in the middle of the development of the Better Understanding Project with my colleagues at the Duncum Center for Conflict Resolution – not to mention others who are standing by to join us as our plans materialize.
Yet, as I continued to review that article and my hand paused above the “publish” button, I felt reluctant to put my words in front of others. I found I wasn’t afraid of what others would think about what I had to say. I was afraid of going public because of things I had not said.
As I teach people about negotiation and healthy ways to build collaboration through negotiation, one of the important pieces is convincing negotiators to be clear about their position in regard to the matter at hand. True, there is a certain amount of posturing in most, if not all, negotiation.
But experienced negotiators know that at some point the parties to a discussion must set forth reasonable positions — and be clear about them. Clarity in positions is vital to the transaction. It defines the field of negotiation and sets the agenda for the discussion. Positions can and sometimes do change as people talk, listen, and reason together. However, the importance of the opening position cannot be diminished.
As I looked back over my article, I was pleased with all of the things I had said. I was hopeful that my readers would understand my point and feel genuine encouragement from me toward productive dialogue and conversation in place of fruitless shouting matches that were attacks on other individuals and not the issues.
What I realized was that I was standing and boldly inviting people to be in conversation about some truly important issues … and yet, I had not made my position known.
And so, I rewrote an entire section of that blog post. I took a position – I stated my belief on the underlying matter of sexuality. However, I did not use any words in that post to defend my position. It was not my intention to change any one else. I was simply asking for people to join in conversation. I hoped I made it very clear that, while I had a position, I was also more interested in showing respect to others than I was in winning any sort of a debate. In fact, I tried to convey the obvious fact that I’m not always right about things.
In truth, when I finally did hit “publish,” I expected very little to happen. My writing is not widely known or circulated. So, I sat and waited to see if anyone would even notice.
While I had a few negative reactions, the emails and comments were largely positive. I was particularly surprised by some emails I received from individuals who disagreed with my position, but were effusive in their gratitude that I had been transparent in saying what I believed while encouraging them to share their beliefs.
It was then that I realized how important and how responsible it is to attempt to think well about important topics and to quietly and humbly make your positions known. The power is not in the position you take. The power comes from the trust and respect you gain in entering the conversation.
Some issues – some conflicts – between us may never be resolved. But there is a great power from trust and respect that can overcome a lot of our problems when we sit and reason together. We may disagree, but we’ll always be moving toward better understanding and peace.