The last time Abilene Christian University changed athletics logos, Dr. Royce Money (’64) was its relatively new 10th president, George Herbert Walker Bush turned the White House over to an Arkansas governor, and Aladdin was Disney’s newest movie venture, with wise-cracking comedian Robin Williams bringing new life to an otherwise predictable Middle Eastern folk tale.
Fast-forward 16 years to today – without the help of a big blue genie – to learn about another change, this one more comprehensive and strategic than any graphic identity initiative ever undertaken on the Hill. 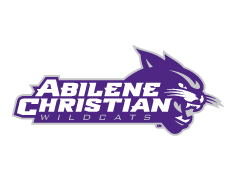 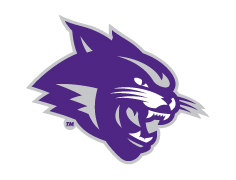 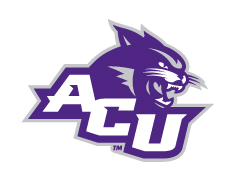 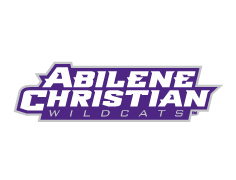 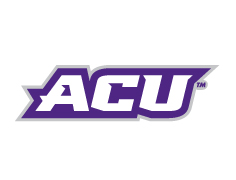 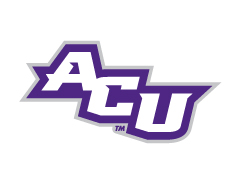 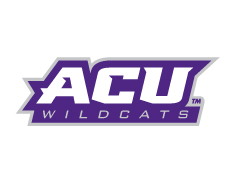 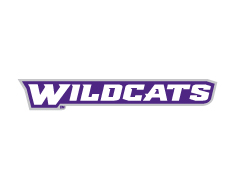 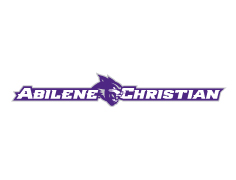 It took the past two years to develop a new look for ACU’s Wildcats, but conversations about the need for a unified graphic identity for intercollegiate athletics actually began five years ago with the design firm eventually hired to make it happen.
Rickabaugh Graphics made its mark on the collegiate sports branding landscape in the early 1990s when the Gahanna, Ohio-based company put a new face on the biggest enterprise in its neighborhood – Ohio State University. The bold look they created for a university enrolling more than 63,000 students each year helped unify the athletics identity of the Buckeyes, who marched to the top of collegiate merchandising revenue leaders.
Since then, Rickabaugh has created or updated athletics brands for more than 70 universities, most of them in NCAA Division I, including Baylor, Texas, Connecticut, Vanderbilt, Marquette, North Carolina State, Seton Hall and Central Florida.
The same logo design principles that work for the largest schools also spell success for smaller ones: market research, listening to stakeholders, building consensus, attention to detail, and creative energy that makes an institution’s brand come to life in a way that energizes alumni and fans, deepening their pride in and loyalty to the institution.
In Abilene, more than 100 student-athletes, coaches, faculty, staff, alumni, donors and other fans were part of focus groups that reviewed early designs, then helped refine them. Seven different wildcats were developed along the way, with one chosen to represent ACU’s 16 intercollegiate athletics teams as they prepare to begin play in NCAA Division I and the Southland Conference this August.
The project also resulted in the creation of two custom fonts and number sets to use on uniforms and marketing materials, and an Athletics Graphics Standards guide. The new wildcat is part of package of artwork including a primary logo, secondary marks and sport-specific marks.
The design process, however, began a year before ACU officials knew they’d be changing leagues and moving to Football Championship Series (FCS) series competition. “Regardless of our NCAA affiliation, we wanted a fresh start with our logo, knowing it would inject new enthusiasm into athletics at ACU,” said athletics director Jared Mosley (’00).
In January, another award-winning firm, Old Hat Creative of Norman, Okla., was asked to produce a short video to celebrate ACU’s athletics heritage and introduce the new graphic identity, which was still being finalized. The fun-loving team at Old Hat produce similar high-energy video products used in Game Day promotions at the University of Michigan, University of Notre Dame, Texas Christian University, Duke University, Florida State University and a virtual who’s who of other major intercollegiate sports programs.


Their handiwork was shown in Chapel this morning, and is being shared with audiences across ACU’s social media channels. The video includes historic footage and images of Olympians, world record holders, national champions and all-America student-athletes who have competed for the Wildcats, including Bobby Morrow (’58), Billy Olson (’81), Delloreen Ennis-London (’99), Wilbert Montgomery (’77), Ove Johannson (’77), Bernard Scott (’10), Jennifer (Clarkson ’96) Frazier, John Ray Godfrey (’68), Nicodemus Naimadu (’08), and current senior Alex Carpenter.
It takes months for uniforms and other apparel for Wildcat teams to be manufactured, but by August, each student-athlete and coach will be wearing and using gear sporting the new look. This summer, Moody Coliseum’s floor will get its first big facelift since it was installed several years ago. The regularly scheduled work includes total resurfacing and repainting, this time with the new graphics introduced today.
Fans don’t have to wait that long to get involved, however. New products are available at The Campus Store and at ACU Wildcat Gear, with more merchandise to arrive soon. The Office of Creative Services also used the new graphics to design free screen-savers you can download from ACU’s Facebook fan page for use on mobile phones, tablets, laptops and desktop computers.
The spring/summer issue of ACU Today magazine will provide a closer look at some of the new gear to be worn by student-athletes and fans, and help introduce readers to a whole new set of rivals in the Southland Conference, a league the Wildcats helped establish nearly 50 years ago.
It seems everything old is new again, including a fresh look for the athletics mascot students helped choose for the first time back in 1919. ACU has an amazing athletics heritage – fourth most NCAA national team championships behind only UCLA, Stanford and USC – and now, a brand new brand in the marketplace.
“There’s a New Cat in Town,” as this week’s integrated marketing campaign proclaimed, with no genie required to see its potential for success.