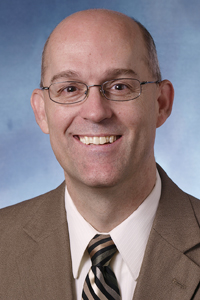 Just 150 miles east of Abilene, one of the largest exhibits of Dead Sea Scroll fragments ever assembled is available for viewing through Jan. 13 at the Southwestern Baptist Theological Seminary in Fort Worth. The exhibit, Dead Sea Scrolls and the Bible, includes original scrolls with texts from Genesis, Exodus, Leviticus, Deuteronomy, the Psalms, Isaiah and Daniel.

Niccum earned his bachelor’s degree from Lubbock Christian University in 1985, an M.Div. degree from ACU in 1992 and his Ph.D. in 2000 from the University of Notre Dame. We recently asked him some questions about the scrolls that have helped define his work as a biblical researcher: