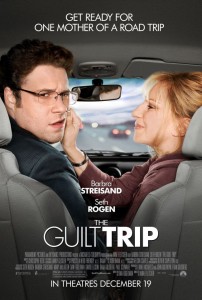 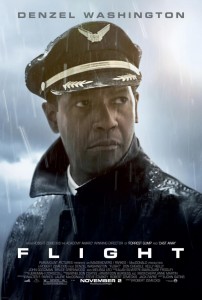 The two latest film productions designed by Nelson Coates (’84) have enjoyed solid box office runs during the Thanksgiving to New Years Day holiday season.
Released in early November, Flight was a major player in theaters at Thanksgiving and is still going strong in late December. In it, Denzel Washington stars as the pilot of an airliner he guides to an unorthodox crash landing that saved many lives but reveals his own tragic personal tale of alcohol and drug abuse, and other poor life choices. The R-rated drama, directed by Academy Award winner Robert Zemeckis (Forrest Gump, Cast Away) had grossed ticket sales of more than $90 million by the weekend before Christmas.
The Guilt Trip (rated PG-13), a comedy starring Barbara Streisand and Seth Rogen, debuted Dec. 19 and was a Top 10-ranking film in theaters just before Christmas. Streisand’s first leading role since The Mirror Has Two Faces in 1996 casts her as the meddling mother of Grogan, invited to accompany him on a road trip.
“While we showed a road trip across the United States, we shot scenes in and around L.A. to look like New Jersey to San Francisco, all within an hour of Streisand’s Malibu home,” Coates said. “Although we did get two days with her in Las Vegas, I got to develop the route traveled in the movie, and the director let me set one of the scenes at a roadside motel in Abilene.”
An Emmy nominee, Coates is now working in Calgary, Alberta, Canada, preparing for a 1925 period movie about the serum run – a sled dog race commemorated in part by the annual Iditarod – to save the town of Nome, Alaska, from diphtheria. His previous movie, Big Miracle, involved wintertime shooting in Alaska, so he is no stranger to working in bitterly cold weather.
He is the brother of Dr. Neal Coates (’87), ACU chair and professor of political science, and the son of the late Dr. Ed Coates and of Dr. Jane Coates, both of whom taught for many years in the university’s Department of Teacher Education.