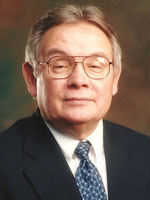 It’s been 43 years since Dr. Abraham “Abe” Malherbe (’54) last taught a Bible class as an Abilene Christian University professor, but his legacy is still felt by many and his influence resonates in the words of today’s theology professors and scholars.
Malherbe, the Buckingham Professor of New Testament Criticism and Literature Emeritus at Yale Divinity School, died Sept. 28 in Hamden, Conn., at age 82. 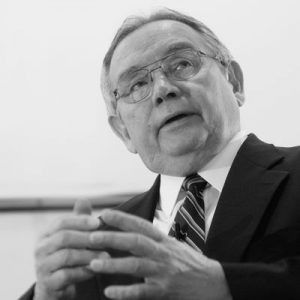 “Abe trained a generation of New Testament professors in the Churches of Christ, who now populate the Christian college faculties and beyond,” said Dr. Ken Cukrowski (’84), associate professor of New Testament, associate provost and interim dean of ACU’s College of Biblical Studies. “I believe there was at least a 30-year stretch where an ACU graduate was in Yale’s doctoral program in New Testament. So much of what I know, how I know, and the questions I ask, are due to him. If ever I read Scripture well, it is due to him. My appreciation is deep; my respect could not be higher; my gratitude is profound.”
“I would never have pursued an academic career if it had not been for Abe’s capacity to instill in his students a passion for learning about the New Testament and the ancient world,” said Dr. James Thompson (’64), professor of New Testament and Onstead Chair for Biblical Studies. “I will always be grateful for the new world of scholarship he opened for us, the encouragement he gave me, and for the relationship that began with my first graduate semester and ended only with his death.”
Malherbe was born May 15, 1930, in Pretoria, South Africa. He came to the United States in 1951 to attend ACU, where he met and married Phyllis Melton (’56). He headed next to Harvard Divinity School, where he earned a S.T.B. degree in 1957 (when he was chosen as Harvard’s Greek orator at Commencement and co-founded The Restoration Quarterly journal) and a Th.D. degree in 1963. He attended the University of Utrecht in the Netherlands in 1960-61. Malherbe taught New Testament and early Christianity at ACU from 1963-69. Malherbe received the Trustees Award as ACU’s Teacher of the Year in 1967, two years before he left to teach at Dartmouth College. He joined the Yale Divinity School faculty in 1970, retiring in 1994 and being named to the Buckingham professorship in 1981.
“If there was ever an example of a man who shared what he loved in life, and is known for this love, it is Dr. Malherbe,” said Dr. John Weaver, ACU’s dean of library services and educational technology. “Among these defining loves of his life, was his love for libraries. His love for books and the Brown Library extended back to his years as a Bible professor at ACU, when he helped to establish both the Friends of the ACU Library in 1966 and the Malherbe Library Endowment. His support continued to this present year, when a gift to the library came with the note: ‘Use it for whatever is most needed.’ ”
Malherbe was the library’s speaker in March 2011 for its Spring Dinner. In 2005, he was the featured speaker at ACU’s 19th annual Carmichael-Walling Lectures. He received Abilene Christian’s Distinguished Alumni Citation in 1994. 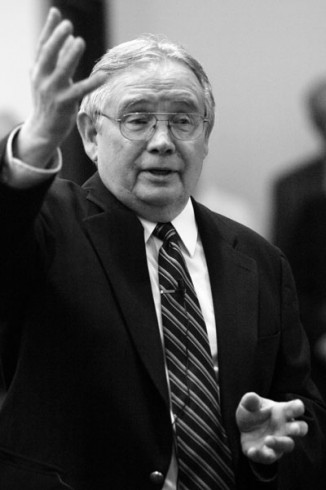 “Malherbe was a prolific author and made major contributions in several areas. He is best known for his work in Hellenistic moral philosophy and early Christianity, especially the Pauline tradition. He made contributions both to Hellenistic moral philosophy and to the ways in which early Christians were influenced by it. His work on The Cynic Epistles: A Study Edition (1977) and Moral Exhortation: A Graeco-Roman Sourcebook (1986) made a number of important texts available to the wider range of scholars. His “Hellenistic Moralists and the New Testament” (ANRW) may hold the distinction for being the most cited forthcoming article in the history of New Testament studies. Both before and after its appearance, this article provided a framework for scholars to think about how to appropriate Hellenistic moral philosophy. Malherbe did this in detail in several of his own books, especially, Paul and the Thessalonians: The Philosophical Tradition of Pastoral Care (1987), Paul and the Popular Philosophers (1989), and his Anchor Bible Commentary, The Letters to the Thessalonians 2000). He was working on a commentary on the Pastorals for Hermeneia when he died.
This was not the only field in which he made a significant contribution. His interest in Paul and the Cynics led him to edit Ancient Epistolary Theorists (1988), a work that is invaluable for students of epistolography and rhetoric. He was one of the first to call attention to the importance of social history in his Social Aspects of Early Christianity (1997, 1983). He also made significant contributions to our understanding of the early Church, e.g., Gregory of Nyssa, Life of Moses: Translation, Introduction, and Notes with Everett Ferguson (1978). We are fortunate that Abe’s essays have been collected and will appear next year in two volumes published by Brill. The range of scholarship and the depth of his learning are powerfully present in his essays. The esteem in which he is held as a scholar is evident in two Festschriften: Greeks, Romans, and Christians (1990) and Early Christianity and Classical Culture (2003).”

Survivors include his wife, Phyllis; a son, Jan Malherbe; two daughters, Selina Malherbe Brooks and Cornelia (Malherbe ’82) Kleman; and three grandchildren.
A public memorial service is being planned for late October, although his family will participate in a private service this week.
More information from Yale Divinity School, including tributes from its faculty, can be found here.