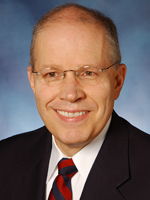 Dr. Charles A. Siburt Jr., who served as one of Abilene Christian University’s leading voices in Churches of Christ for more than two decades, died early this morning in Abilene at age 65 of complications from a nearly three-year battle with IgM Multiple Myeloma.
Following a private family graveside service, there will be a service honoring his life at 1 p.m. Saturday, July 14, at the University Church of Christ. Afterward, a time of visitation will be held with the family in the church’s Ministry Activity Center (MAC). The family will have a visitation and viewing Friday at the Piersall Funeral Home (733 Butternut) from 5-7 p.m.
Siburt underwent a bone-marrow transplant in March 2010 but had a relapse in January 2011. One of his goals was to return to teach in the Graduate School of Theology, which he recovered well enough to do briefly in May 2012. He also surprised students and colleagues by participating in Commencement earlier that month.
Formerly the vice president for church relations, Siburt served ACU as associate dean for ministry programs and services, O.L. and Irene Frazer Professor of Church Enrichment, director of the Doctor of Ministry program, and director of the Center for Church Enrichment. He joined the ACU faculty full time in 1988. 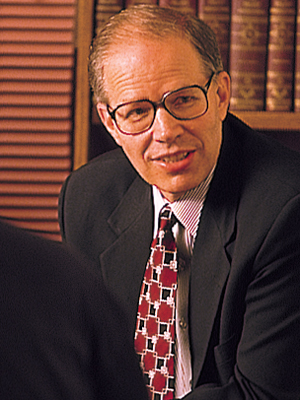