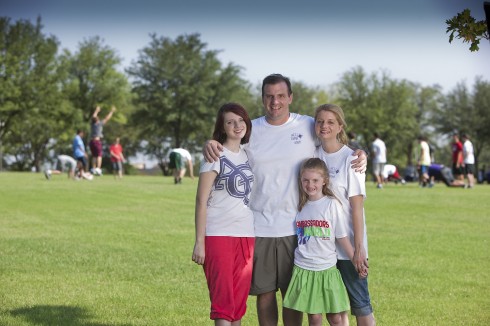 Today, Deana (Hamby ’93) Nall wraps up her week-long series of posts about her family’s three-generation tradition of attending, working or volunteering at ACU Leadership Camps. She and her husband, Chad (’94), and daughters Julia and Jenna, head home today to Bryant, Ark., after helping with MPulse camp this week:
My dad, Winston Hamby (’57), was one of the first youth ministers in Churches of Christ. When he took his first youth ministry job in 1971, there were no youth ministry degrees or models or books. Those early youth ministers did the best they could with what few resources they had. My dad, armed only with an accounting degree and the encouragement he received from his precious few youth ministry colleagues, did have a vision of what he thought could be possible through youth ministry.
He believed church could be a positive, uplifting and relevant presence in the lives of teens. He believed following Christ could be something that young people, given a healthy church environment, would actually want to do. And he believed teens could have a relationship with God that produced joy rather than guilt. Dad kept these convictions during those early years of finding his way in the dark – sometimes with little encouragement from other leaders of the congregations in which he worked. But he kept going.
When I came home from Kadesh in 1988 and described my experience there, Dad was elated. Here was a camp that seemed to share his vision and philosophies for molding teens’ faith. He went to Kadesh the next year and was deeply moved by what he saw there: teens who wanted to follow Jesus out of sincere faith instead of fear and guilt. Teens who could worship the way they felt moved to. Teens who had a better chance of remaining Christians once they entered adulthood. He sensed a freedom that he knew many churches were withholding from their young people.
For the next several years, Dad volunteered at Kadesh and Learning to Lead. He was also in on some early curriculum-development sessions with Reg Cox (’84), Greg Perry (’84) and other youth ministers and camp visionaries. ACU Leadership Camps quickly became his favorite thing he did as a youth minister. But by then, Dad was getting into his mid-50s, and he thought he was getting a little old for youth ministry (a suspicion he thought was confirmed when he cracked his ribs at Kadesh one summer).
He left youth ministry in 1992 and began another career that prevented him from doing camps in the summers. But he lived vicariously through Chad and me when we started working with the camps. He wanted to know which theme we would be teaching (the camps rotate themes so each student does each theme once). He wanted to know about the kids in our groups and how they responded to what we were teaching them. He liked for me to call him on my cell phone during the Beauchamp Amphitheatre devotionals so he could hear the singing that he missed so much. One year, when we were leaving to go to camp, he grabbed my hand and said, partly joking and partly not, “Please. Take me with you.”
Last summer, I called Dad from camp and he had decided he would come back for one more year. He really believed he could do it. I had my doubts. He was 75 by then and the neuropathy in his feet had become a constant battle. Camp involves a lot of walking. But he wanted to come back so badly. By then, Chad and I had switched from Kadesh to MPulse, which has a lighter schedule than Kadesh. Maybe Dad could do it, after all. Just one more year.
But he never made it back. After a brief and devastating illness, he passed away Feb. 25 of this year.
Even though Dad and I hadn’t been to Leadership Camps together since 1989, coming here this year with him gone has been weird and sad. Chad and I have had a great time with our campers and the other adults we’re working with, but among the laughter has lurked a deep sadness for me. No more calls to Dad about the exciting ways God is working through the campers. And I didn’t call anyone from the amphitheatre during devo time.
MPulse will wrap up today. We’ll say goodbye to our campers and pack up our dorm rooms. After lunch and stopping by Larry’s Better Burger for some of their amazing ice cream, the Nalls will get back on the road to Little Rock. 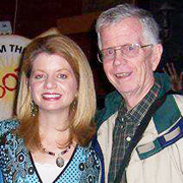