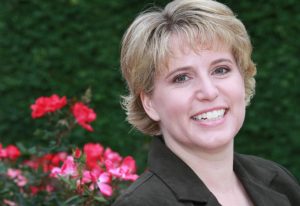 A two-time Romance Writers of America RITA Award finalist, she has written A Tailor-Made Bride, To Win Her Heart, Head in the Clouds and her latest, Short-Straw Bride. To Win Her Heart won the 2012 Holt Medallion award for Best Long Inspirational Romance and is a finalist for the National Reader’s Choice Award.
Witemeyer holds a master’s degree in psychology from Abilene Christian University, where she works as testing coordinator. She is married to Wes (’92) Witemeyer and they have three children.

How did you acquire such a love for historical fiction?

It started at an early age. Some of my favorite books as a young girl were Little House on the Prairie and Anne of Green Gables. As I moved up into high school, I fell in love with classics like Jane Eyre and Christy by Catherine Marshall. Now I rarely read anything else. There is something about a historical setting that enhances the escapism of the reading experience and adds to the fairy tale effect of a romance.

Where do you get your inspiration for a book?

Inspiration comes in many shapes and sizes and is different for every book I write. Ideas come from other novels I’ve read, from movies and television, even from hobbies or snippets of conversation.

Last year’s release, To Win Her Heart, was inspired by the parable of the Prodigal Son and the question of what life would have been like for him after the welcome home celebration was over. We know he was accepted by his father, but how would he be treated by his older brother and all the servants and townspeople who knew of his wastrel life before his return?

My newest book, Short-Straw Bride, was actually inspired by the musical, Seven Brides for Seven Brothers. My story has four brothers instead of seven, and the men don’t sing and dance while they do their chores. However the spark came when I thought about this movie and then asked, what if? What if instead of having the heroine agree to a marriage of convenience at the beginning of the story, the brothers drew straws to see who would marry her when her attempt at a good deed goes awry? 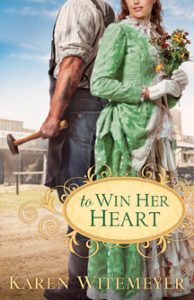 Christian romance novels are a clean alternative to books in the general market. They contain the same powerful love stories filled with adventure and conflict, but they keep the bedroom door shut and morals intact before marriage. I have a young teenage daughter who reads my books, and I want her to see that romance doesn’t mean being swept away on a tide of emotion that cannot be controlled. True romance is based on love and respect – not only between the hero and heroine, but between them and God. True romance honors God and the marriage relationship He instituted.

Beyond providing a clean read, Christian romance also offers a spiritual thread that challenges readers to grow in their own faith as they relate to characters who have weaknesses and struggles similar to their own. When the characters overcome with God’s help, the reader is encouraged to do the same.

How much of yourself comes through in your writing?

There is a lot of me in my books, in both the heroine and the hero. You’ll find different aspects of my personality, my worldview, my values. I’m almost always struggling with the same spiritual issues as my characters, so I end up stepping on my own toes quite a bit as I write, but it is a tremendous growing experience as well.

What are the titles and authors of the last two books you read?

I just finished a Christian romantic suspense novel written by Dani Pettrey called Submerged. I met Dani at the American Christian Fiction Writers conference last year, and was thrilled to learn that she had signed with Bethany House (my publisher) and that her debut novel was soon to be released. It was a great read.

I’m also in the middle of a non-fiction book by Kay Warren called Choose Joy: Because Happiness Isn’t Enough. She’s the wife of best-selling author and minister Rick Warren, and I’m really enjoying her candid reflections on her own struggles to incorporate godly joy into her life and how she is learning to make it a daily practice.

Who are your favorite authors, and why?

Some of my favorite Christian romance authors are Deeanne Gist, Tamera Alexander, Margaret Brownley and Mary Conneally. They all write historicals, which I love, and they have styles similar to mine. 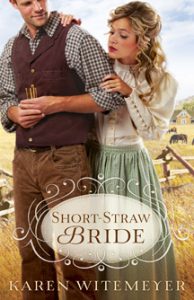 How would you describe the process you go through in writing a book, pitching it to a publisher, and taking it to completion?

Since I’m under contract, my process is somewhat different than what an uncontracted author would face. My first contract was a three-book deal, so after I turned in my third completed manuscript, it was time to start pitching new book ideas. I worked up detailed synopses for three separate ideas. Two of my ideas were turned down by the committee. I came up with two more that fit my brand better, and the committee accepted. I signed a second three-book contract and started writing the first book which is now releasing as Short-Straw Bride.

Writing a full-length novel takes me about 10 months since I work a full-time day job, so I only produce one a year. I give it extensive self-editing and send each chapter to my two critique partners before I turn it in. Once my manuscript is complete, it goes to my editors who read it and pass it on to professional readers. Everyone’s input is compiled and discussed. Then my lead editor presents me with the substantive edit letter that contains all the major changes they would like me to address. Sometimes these changes entail rewriting entire chapters or adding new ones. They always make the book stronger, though. After this editorial stage, I turn the manuscript in again and it goes to copy edit. This stage focuses on the details of grammar and sentence clarity as well as weeding out inconsistencies in description. After this, I get a copy of the galleys. This is a physical copy of the unbound book that I read through to catch any errors that slipped through or make any minor changes I deem necessary. I do this on two separate occasions before the book goes to print. A month later, it hits the bookstore shelves.

Describe the environment in which you most enjoy writing: time of day, place, etc.

With a day job and three young kids, I write whenever I find time. Lunch hours, evenings, weekends. I don’t really have a home office, so you’ll usually find me sitting on my bed, propped up with pillows, laptop across my legs.

Do you read your own books after they are published, or put them on a shelf and keep your eyes on the next project?

This question made me laugh. After writing a book, editing it and reading through two sets of galleys, I’m usually so sick of it that I’m not tempted in the least to read it in its printed form. Also, by the time the actual printed copy is out, I’m at least three-fourths of the way through with the next book. Publishing is a slow process, and if you wait to see the fruits of your labor, you’ll never get the next book out.

I do get giddy about seeing the finished product, though. I love getting that first copy in the mail and holding it in my hand. The feeling of accomplishment is sweet.