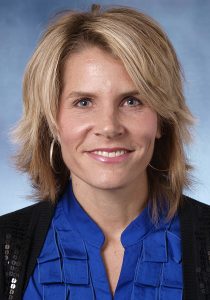 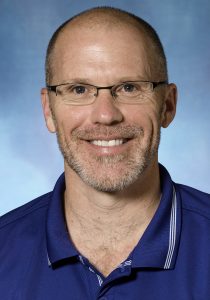 Four Abilenians have qualified to compete April 16 in the 116th Boston Marathon, and two of them are ACU staff and faculty members.
Dr. Kevin Kehl, executive director of the Center for International Education, and Dr. Libby McCurley, assistant professor of kinesiology and nutrition, will be two of the anticipated 26,000 runners to navigate Boston’s streets in hopes of finishing the 26.2-mile course, and fulfilling their own personal fitness goals.
Kehl’s qualifying time is 3:26:00 and McCurley’s is 3:29:22. Both are members of the Abilene Runner’s Club, and train three days a week with the group.
Distance runners of all experience levels are in each year’s field, although they have to meet qualifying times pre-determined for their age group and gender. This year, Boston’s top group includes 30 elite international runners – some with Olympic Games experience – headlined by 2011 men’s champion Geoffrey Mutai (2:03:02, a course and world record) and women’s champion Caroline Kilel (2:22:36), both Kenyans. Mutai is the fastest marathoner in history, and the only man to ever set course records in the Boston and New York City marathons in the same year. In Boston, Kenyans have won 18 of the past 21 men’s races, and eight of the past 12 women’s marathons, and most of them are from the Kalenjin tribe.
There also is competition in Boston for athletes in wheelchairs; winners typically finish more than an hour ahead of their fastest competitors on foot.
Among ACU faculty/staff who previously competed in Boston are Dr. David Dillman (’70), professor of political science and director of the Jack Pope Fellows Program, Dr. Curt Dickson (’66), professor emeritus of exercise science and health, and Mike Cope, adjunct faculty in Bible, missions and ministry. Dillman, who is teaching in ACU’s Study Abroad program this spring in Leipzig, Germany, is a veteran of 38 such distance races, including at least eight Boston Marathons.
Dickson ran his fifth and final career marathon in 1981 in Boston, and memories of the emotional experience are etched in his mind.
“My time was 3:22.47. You never forget those numbers,” Dickson said, recalling that at one point, former student James “Kregg” Pierson (’76), burst from the crowd lining the street, calling Dickson’s name. “You can imagine just what a boost that was to my energy level.”