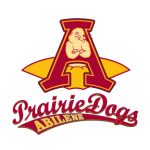 One of the best lines about the future of professional baseball in Abilene was from former mayor Dr. Gary McCaleb (’64), who was quoted in our Spring 1995 issue regarding the best reason why a team named the Prairie Dogs could eventually make itself at home here: “Because, whatever happens, a Prairie Dog always comes out on top.”
A press conference is planned for Thursday to formally announce the Prairie Dogs’ reappearance in the summer of 2012, but the team won’t be be playing at Abilene Christian University’s Crutcher Scott Field as it did from 1995-99 as a member of the independent Texas-Louisiana League.
The Prairie Dogs will play home games of their 2012 season at McMurry University’s Walt Driggers Field, which seats 900 fans (about one fourth Scott Field’s capacity). The team will play in the Southern Division of the independent North American Baseball League with the Fort Worth Cats, San Angelo Colts, McAllen Thunder, Edinburg Roadrunners and Rio Grande White Wings.
ACU graduate Scott Kirk (’79) – a teacher at Cooper High School and former Optimist sports editor – is a minority owner of the Prairie Dogs. Majority owners of all teams in the Southern Division are Byron Pierce and former Texas Congressman John Bryant. In the future, the team hopes to find a permanent home that also includes the sale of alcoholic beverages not allowed on Christian university campuses. Some believe profits from beer sales and related advertising are key to the financial success of a minor league baseball team.
Abilene was the home of the popular Blue Sox Baseball Club for a dozen years after World War II, when minor league baseball thrived, especially in Texas. The Blue Sox were an affiliate of the Brooklyn Dodgers and, later, the Kansas City Athletics, and played on a field built at the intersection of South 14th street and Barrow in south Abilene.