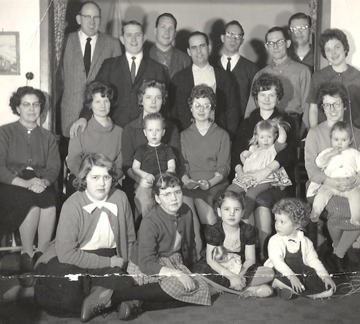 An excellent feature story in the Christian Chronicle reports that 2011 is the 50th anniversary of Eastern European Mission, the highly successful evangelism project energized in 1961 when seven couples from Abilene Christian University moved to Vienna, Austria.
A Sept. 8, 1961, story in the Abilene Reporter-News said the group planned “to conduct extensive personal work programs; to prepare cottage meeting filmstrips and slides in the German language; to print tracts, Bible class materials and other supplies in the German language; to hold tent meetings continually in various strategic points; to arrange daily classes for children; to organize summer youth campus; [and] to establish a school for training native preachers.”
Three decades later, the fall of the Soviet Union formally opened doors for these and other Church of Christ missionaries to expand upon the heart of the ministry they were once forbidden to do in Eastern Europe: openly produce and distribute Bibles.
Today, Lynn Camp (’59) is president of EEM. He and his wife, Barbara (Flynt ’59) Camp, were part of that original team of ACU alumni who bravely moved to a part of the world where the only usable Bible was a smuggled one.
Others on the team included Rex Earnhart (’59), Marion (Walton ’60) Earnhart, Gayle Hensley (’59), Gwen (McDermett ’59) Hensley Cole, Frank McCutchan (’59), Millie (Sumerlin ’63) McCutchan Liebchen, Bob Stewart (’59), Nyla (Shackelford ’59) Stewart, Roy Long (’59), Mariana (McGinty ’59) Long, Tom Turner (’59) and Sandra (Strahan ’64) Turner.
This photo, supplied by Mariana Long, now an ACU advancement officer, was shot in December 1961 in the Camps’ home. “Bob and Ruth Hare, and their three girls, who had been in Vienna several years before we arrived, also were in the photo,” she says.
Most members of the group recently participated in a reunion Nov. 19 in Dallas, accompanied by children and grandchildren.