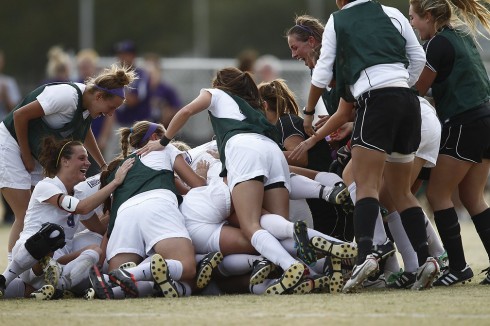 Jacey Ferrara’s first goal of the season Sunday afternoon was her team’s biggest thus far. The sophomore from Austin found the net with 30 seconds left in the first overtime to give the women’s soccer team from Abilene Christian University a kick into the semifinals of the NCAA Division II South Central region tournament. They play this Friday in Los Angeles, Calif., against Dallas Baptist, a team they beat 2-1 overtime in the season opener back in September. If they win again Friday, they’ll face the winner of Chico State and Cal State-Los Angeles on Sunday. The Wildcats’ record is 19-1-1.
The women’s volleyball team fell in the semifinals of the Lone Star Conference tournament last Friday night, but its 21-13 record and performance late in the season were good enough to earn a spot in the South Central region tournament this week in Warrensburg, Mo. Eighth-seeded ACU will play top seed and host Central Missouri (27-4) in Thursday’s opening round.
ACU’s football team tuned up for the NCAA Division II playoffs by dominating University of the Incarnate Word 61-16 on Saturday in Shotwell Stadium, finishing 8-2 and wrapping up second place in the LSC. They travel this Saturday to Topeka, Kan., to face Super Region 4 foe Washburn State (9-2) in the first round. ACU is one of only four universities to qualify for the Division II national football playoffs each of the last six years. Others are North Alabama, Albany State (Ga.) and Northwest Missouri State.
On Saturday at 11 a.m., ACU’s Chloe Susset and Alyse Goldsmith will represent the Wildcats in the NCAA Division II national cross country championship at Plantes Ferry Athletic Complex in Spokane, Wash. On Nov. 5, Susset won the individual championship at the NCAA’s regional meet in Wichita Falls, giving the ACU women their seventh individual regional title in the last 10 years. Goldsmith finished fourth. 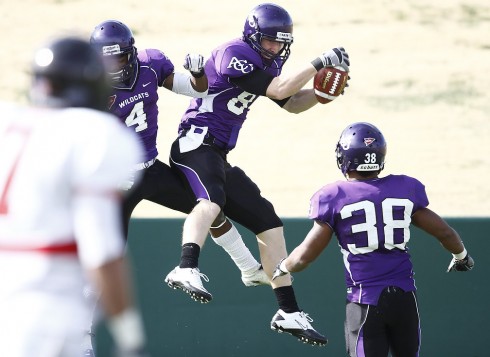