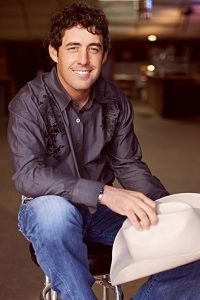 Rising country music star Aaron Watson (’00) may not yet be on a first-name basis with fans, but next Thursday night, he’ll be performing on stage with one who is.
The 2011 Abilene Christian University Young Alumnus of the Year will be a special guest on stage with Willie Nelson in a concert Nov. 17 at 7:30 p.m. in the Junell Center on the campus of Angelo State University in San Angelo.
Watson grew up in Amarillo but now lives in Abilene, and recently debuted his 10th album, “The Road and the Rodeo.” His growing popularity on tours and his music have caught the music industry’s eye and ear. Songwriter-producer Ray Benson of Asleep at the Wheel has produced one of Watson’s albums and several of his songs. Glen Smith, who previously promoted shows for Garth Brooks during the height of that artist’s popularity, now does the same for Watson.
Tickets to the concert are available here.