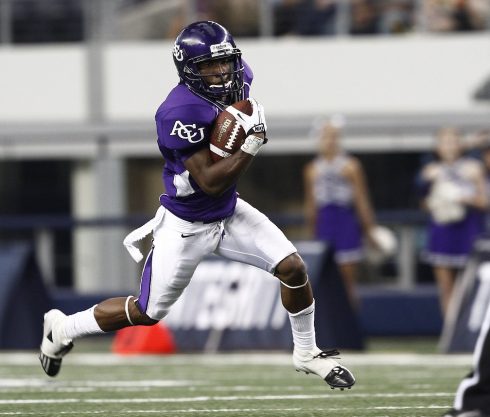 No. 3 Abilene Christian University rallied from an early 16-0 deficit but couldn’t quite catch the University of North Alabama, losing to the No. 4-ranked Lions, 23-17, in the Lone Star Football Festival in Cowboys Stadium in Arlington.
ACU (1-1 overall and 1-0 in the Lone Star Conference) rolled up nearly 500 yards of offense behind junior quarterback Mitchell Gale’s 390 yards of passing and two touchdowns, and led the Lions (3-0 overall) in first downs, 27-19. The two teams’ dominating run defenses limited each other all afternoon. They also were both stymied by penalties – 13 for 125 yards by UNA and 14 for 109 by ACU.
UNA survived a late drive by the Wildcats, who pulled to within six points with 1:42 left in the game. After a mad scramble, the Lions covered an onside kick and ran out the clock to hand ACU its first loss of the 2011 season and only its second defeat in the last 14 games.
Gale tossed scoring passes of 17 and 5 yards to sophomore wide receiver Taylor Gabriel, and junior Morgan Lineberry added a 27-yard field goal. UNA quarterback Lee Chapple threw a 23-yard TD pass to Tristan Purifoy, Antwan Ivey ran 9 yards for a score and Nathan O’Jibway kicked a 45-yard field goal for the Lions. The winning points came when UNA cornerback Janoris Jenkins returned a Wildcat fumble 49 yards for a TD in the third quarter.
Daryl Richardson led ACU in rushing with 63 yards on 10 carries. Gabriel led all receivers with eight catches for 135 yards and two TDs.
The Wildcats return to Lone Star Conference play next Saturday when they host rival Angelo State at 6 p.m. in Shotwell Stadium. 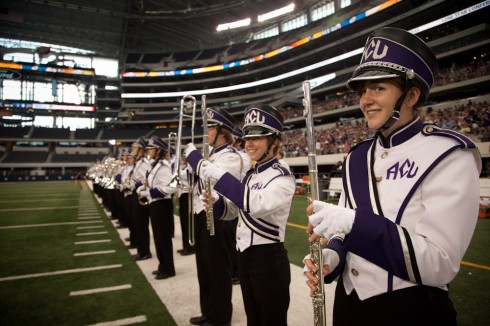