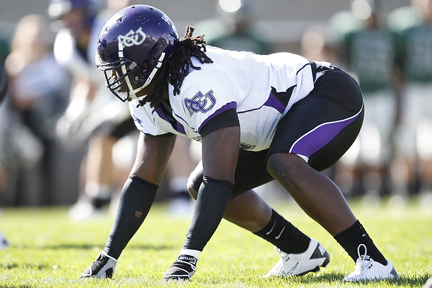 Two defending Lone Star Conference champion teams from Abilene Christian University begin their respective seasons with even higher hopes today.
The women’s soccer team, beginning only its fifth season but already a force in the LSC, hosts regional rival Dallas Baptist University at 1 p.m. Head coach Chris Thomsen’s (’00 M.Ed.) football team travels to Stephenville for a rematch with rival Tarleton State at 7 p.m.
Head coach Casey Wilson’s (’99) soccer squad burst onto the conference and regional scene in 2010 when it finished 17-3-1, including winning the LSC tournament and a earning a berth in the NCAA Division II regional. Last year’s first-year sensation, forward Andrea Carpenter, scored a school record 21 goals and 46 points, earning LSC Freshman of the Year and Offensive Player of the Year honors. She returns, as does 2010 all-America midfielder Ashley Holton and forward Lyndsey Womack, who was among ACU’s career scoring leaders until a knee injury early in the 2010 season stopped her senior year plans.
The women’s soccer team also hosts Texas A&M International at 1 p.m. Sunday.
The Wildcat football team is ranked No. 4 in the nation as the season begins. Last season, Thomsen’s team (11-1) won the LSC South Division for the second time in three years, with its only loss coming to Central Missouri in the national playoffs.
Junior quarterback Mitchell Gale, a finalist in 2010 for national player of the year honors, leads what could be another offensive juggernaut for ACU. The Wildcats are especially deep in the backfield, where running backs Reggie Brown, Daryl Richardson and Charcandrick West, and fullback Justin Andrews, play. Darryl Cantu-Harkless, last year’s speedy LSC Offensive Freshman of the Year, moves to wide receiver, joining Taylor Gabriel, Darian Hogg and transfer Jamaine Sherman, and sure-handed tight end Ben Gibbs.
A rebuilt Wildcat defense is anchored by its line, notably first-team preseason all-America defensive end Aston Whiteside, and defensive tackle Donald Moore. ACU’s kicking game is one of the best anywhere: placekicker Morgan Lineberry and punter/kickoff specialist Spencer Covey. The Wildcats led the nation in touchbacks on kickoffs (39) in 2010, thanks to Covey’s strong right leg.
ACU whipped Tarleton 65-3 last year, but the more experienced and healthy 2011 Texans are expected to provide a stronger test tonight, especially on their home turf.
Radio coverage begins at 6:30 p.m. on Abilene’s Mix 92.5 FM with Grant Boone and Lance Fleming. You also can follow the game’s progress on acusports.blogspot.com, and game stats at acusports.com. 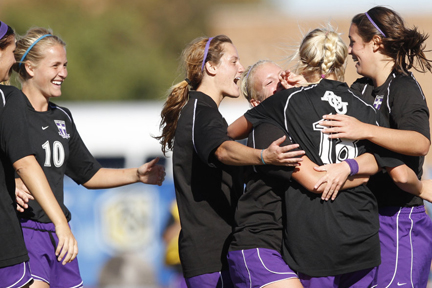