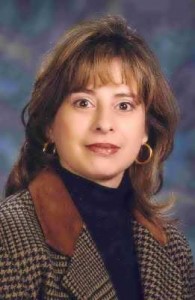 The next public school built in the Abilene Independent School District will be named after an Abilene Christian University graduate with a passion for education.
Myra P. Martinez Elementary School will be built on the site of the old Franklin Middle School on the corner of North 12th and Merchant streets, and honor the memory of a beloved teacher who died of lupus in 2004 at age 34. She graduated from ACU in 1994 and taught eight years before moving to the Region 14 Education Service Center to consult on projects designed to help bilingual students.
The $7.02 million project will replace Fannin and College Heights – two elementary schools in which Martinez once taught. Two gymnasiums and a music building on the current Franklin campus will be part of Martinez Elementary.
Linda Case, who has been principal of Jackson Elementary School for 14 years, will head Martinez when it opens.