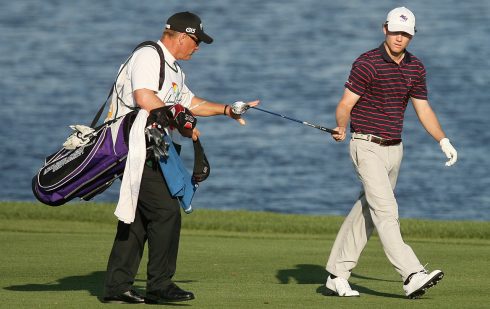 Abilene Christian University sophomore golfer Alex Carpenter shot 10-over-par 82 in the first round of the Arnold Palmer Invitational on Thursday, but has an impressive rally going in Round 2.
The only amateur playing in the 120-golfer field of this longtime PGA Tour event, Carpenter birdied four of his first six holes on Friday to cut his score to 8-over-par as he headed to the back nine. The cut for this weekend’s field is expected to be 3-over-par.
Carpenter’s scoring in an otherwise solid round Thursday came undone on the last five holes. He was 2-over-par heading into his 13th hole of the day, but shot a bogey, double bogey and quadruple bogey to lose eight strokes. But he felt good about his performance, especially in the late-afternoon high winds.
“Everyone I compete against knows my talent, knows my ability and for me to say I was top of my game and shot 82 shows how difficult it is out there,” Carpenter told sportswriter Joey Richards in a story in today’s Abilene Reporter-News. “Guys who won last week were out there shooting 8- and 9-over-par, and I had a quad on a hole. It puts things in perspective. I know I can play with these guys. I was hitting it as well as everyone I played with today. The only difference from me and guys up there is a few mental decisions out there. It just comes from experience, and it’s something I know I’ll get in the near future.”
Follow Carpenter’s round on the Palmer leaderboard here.