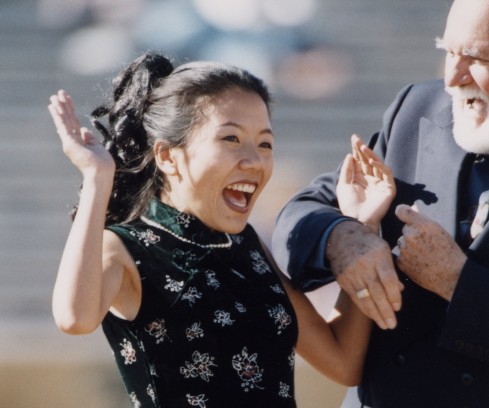 The 2010 Coming Home Queen at Abilene Christian University almost didn’t make it to the ball on time in 1999.
Cinderella (Wong) Lim, an accounting major from Macau, China, who graduated in 2000 with a B.B.A. from ACU, was understandably new to the game of American football. So when she showed up a Elmer Gray Stadium (the on-campus venue for track and field) on Saturday of Homecoming, and no one was there, she knew something was up.
With a little help from her American friends, she eventually made it to Shotwell Stadium, where she became the first international student to be crowned Homecoming queen.
She now lives in Austin, but won’t be able to make it to this year’s festivities; she is an expectant mother close to the delivery date of a baby.