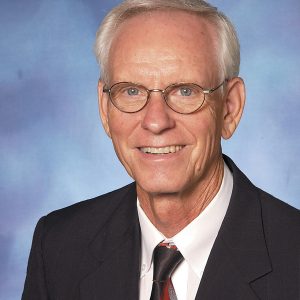 Late Friday night, former ACU basketball coach and communications department faculty member Willard Tate died at age 74 after a struggle with cancer. The news was noted on ACU’s Facebook fan page, and comments from former students and friends are pouring in with personal memories of one of Abilene Christian’s most beloved people of the past four decades.
A memorial service for Tate will be held at 2 p.m. Thursday, Feb. 18, in the auditorium of University Church of Christ in Abilene. Visitation will be Wednesday from 5-7 p.m. at Piersall-Benton Funeral Home.
Tate was a marvelously talented man who coached and mentored young men on the basketball court as skillfully as he taught in his ACU classes, and preached at the nearby Hamby Church of Christ and in other pulpits around the world, and as a motivational speaker to all kinds of civic groups and gatherings. His sermons and speeches were peppered with homespun humor and stories, often punctuated with spontaneous a cappella singing before, in the middle, or afterward. The books he authored focused on learning to love oneself and others. He taught a featured class at ACU’s 1993 Bible Lectureship (now called Summit), adapted from his book, Habits of a Loving Heart. His presentation ended, poignantly, with this story:

We need a central reference point, Jesus Christ, and we need to stay focused on that point so that everything we do is in proper perspective. Questions raised earlier like “What would you do differently if you knew your had only six months to live?” and “What would you want to be remembered for?” will help you clarify your focus. I find that it also helps to remember that I’m never alone, never really by myself. The God who knows and cares about the intents of the heart is always with me – and you.
Years ago, I heard a story told by a college football coach named Lou Little. He had a player on this team who wasn’t very good, just a third-stringer. But the young man’s father died, and just before the next game this young man went to the coach and asked, “Coach, is there any way I can start today against Fordham?”
Coach Little thought, “It’s a big event, an emotional time for this yougn man. What could it hurt to let him start and be in there for just on play? Then I’ll put the regular starter back in.” So he told the young man, “Son you know I can’t let you play for long, but sure, you can start and go for a play or two.”
Well, the young man went out and played the game of his life. From the opening kickoff, he was in on every play. He was all over the field, blocking and tackling like a monster man. Coach Little left him in the entire game, which they won, and that player was the key to their victory.
After the game, Coach Little met him in the locker room, put his arm around him, and said, “Son I can’t understand. You never played like that before. What in the world happened?”
“You know that my dad died,” the young man answered.
“Sure, I know,” the coach said.
“And you saw my dad and me when he visited the campus and we walked around the grounds a lot, always arm in arm, with me leading him.”
“Yes, I remember.”
“Well, what you didn’t know – very few people did – was that my father was blind. So today was the first time he ever saw me play.”
If we can understand and remember that life was played out in a big stadium called earth and that our heavenly Father is watching us, it will make a tremendous difference in what we do and why we do it.

It was classic Willard, knowing how to inspire as well as inform. We invite you to leave comments about him here or on ACU’s Facebook fan page. 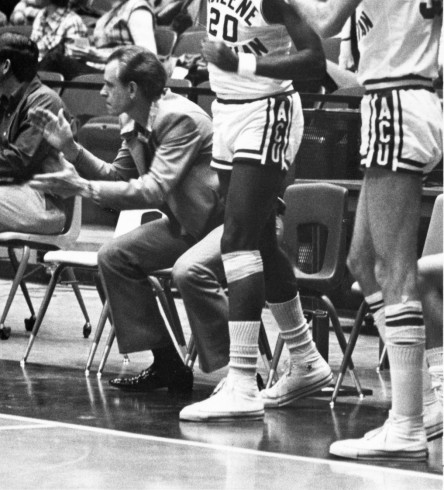 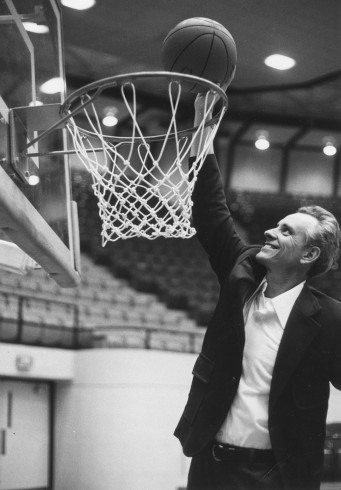